Day 1 of ArcBlock Devcon 2020 was a big success with a broad range of discussions from experts and industry leaders, as well as deep drive introductions for developers into some of ArcBlock's newest technologies. ArcBlock broadcasted Day 1 across multiple channels including YouTube and CSDN attracting more than 20,000 viewers worldwide. 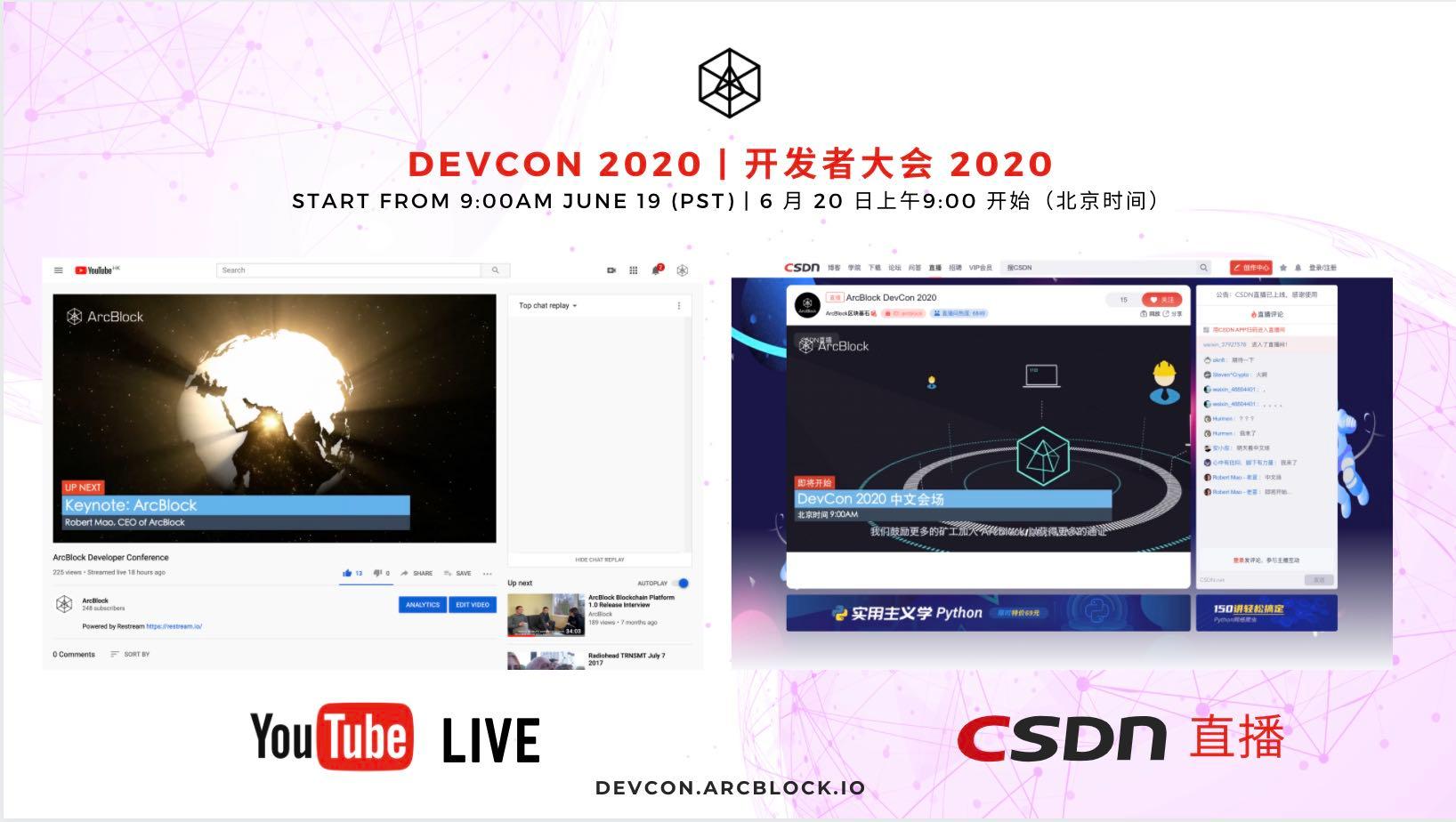 "It took 3-years to get where we are today," Robert Mao, CEO of ArcBlock

Three years ago when ArcBlock was initially introduced to the world, it was presented as a development platform for the blockchain 3.0 era. The platform would focus on delivering tools and technologies to developers to overcome a series of barriers that prevent mainstream users from embracing blockchain technologies and making decentralized experiences amazing for users. 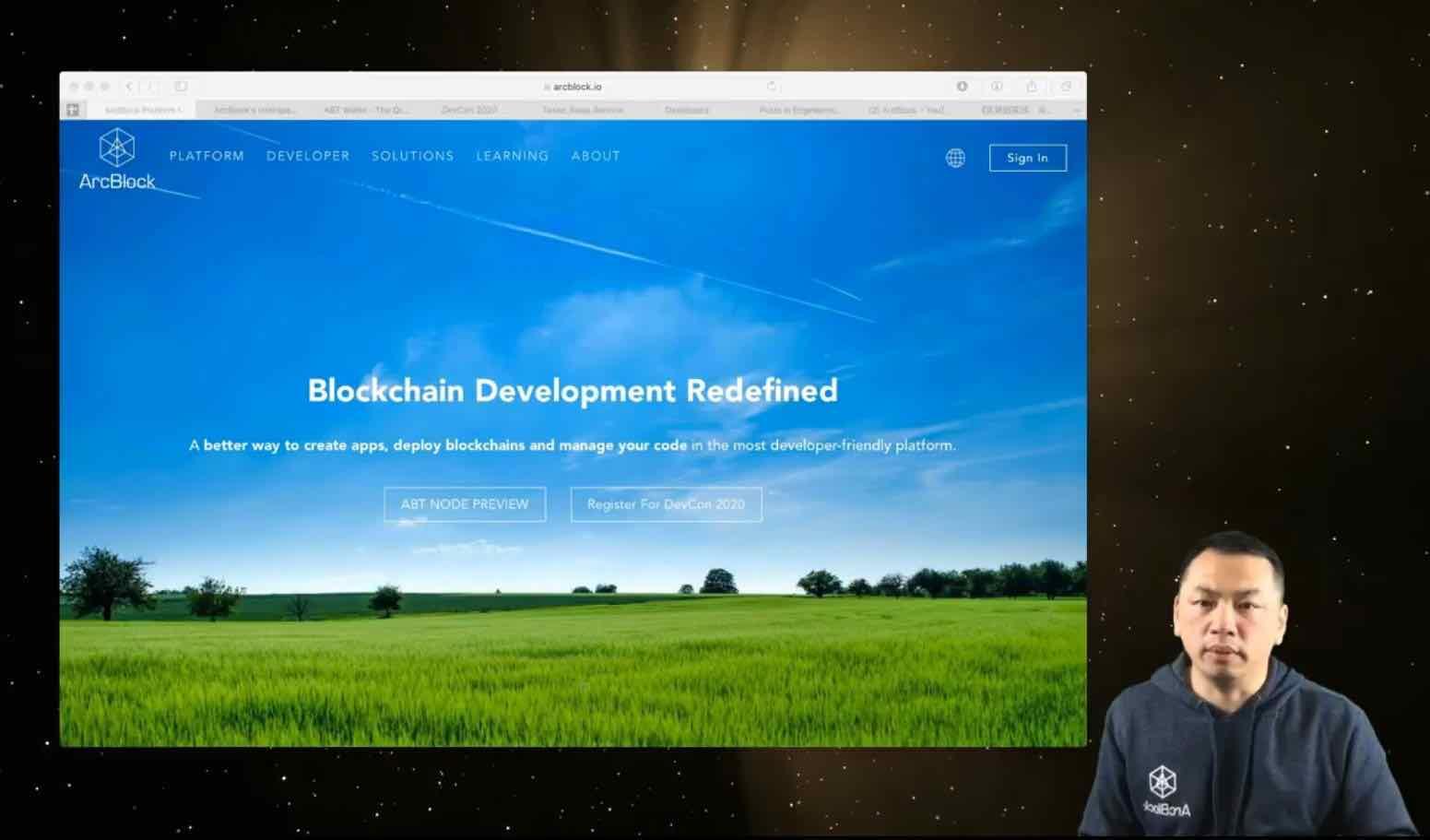 Today, ArcBlock's Founder and CEO, Robert Mao, said in two opening speeches in English and Chinese that ArcBlock's vision remains unchanged from the white paper and that our goal remains the same. Make ArcBlock the platform of choice for developers and businesses who want to create, deploy and manage modern blockchain software and do so in a way that delivers the best user experience from end-to-end.

ArcBlock introduced ABT Node, a new foundation for ArcBlock's platform, that transforms how developers build and run their applications. 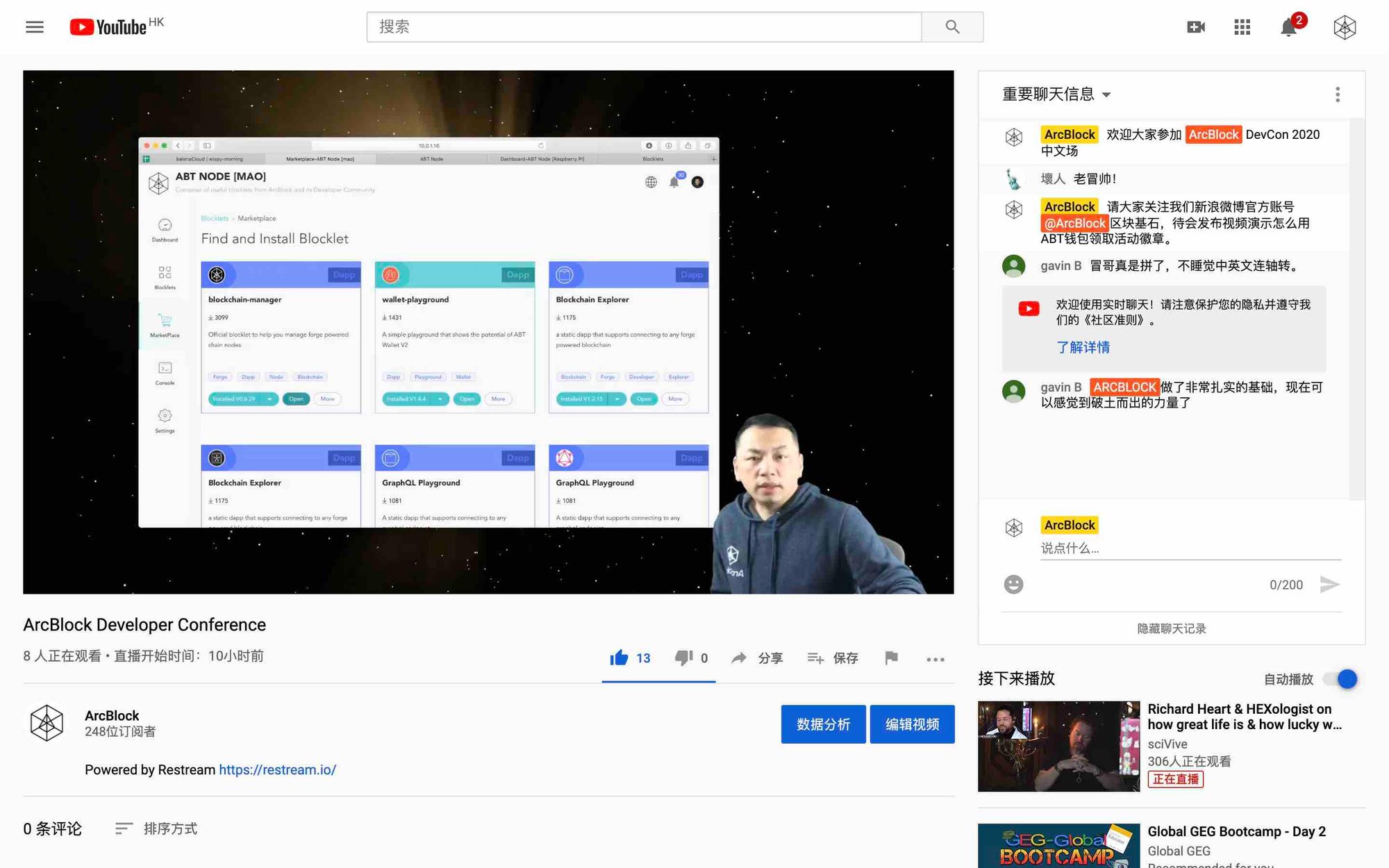 With ABT Node, developers have an entirely new way to build DApps that gives them better building blocks to easily create applications and then run those applications wherever their use case requires including AWS, Docker, Embedded Devices and more. 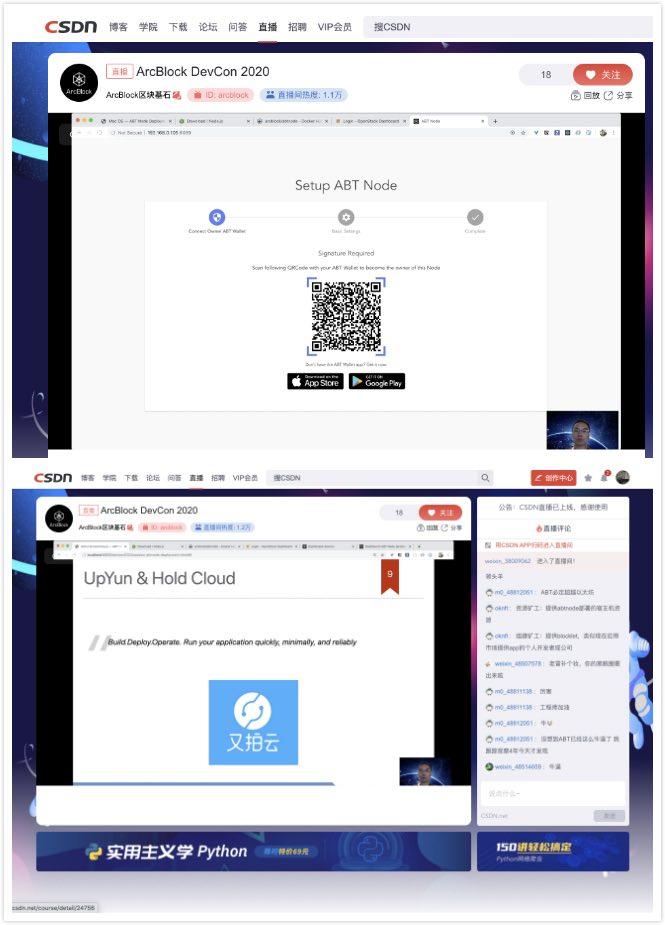 ArcBlock's Engineers showcased how a user can deploy ABT Node on a laptop, server, AWS, Azure, Docker and more in just a few simple steps. 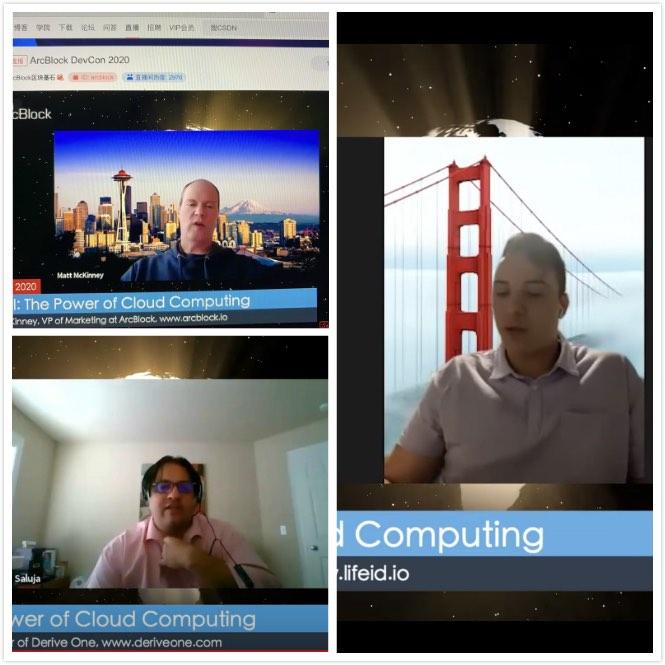 Cloud Computing was a big topic for the day as companies and developers are embracing cloud computing for their Dapps and Blockchain networks. This panel looks at the challenges of decentralization and how cloud computing can be used as a viable infrastructure solution to scale Dapps globally. 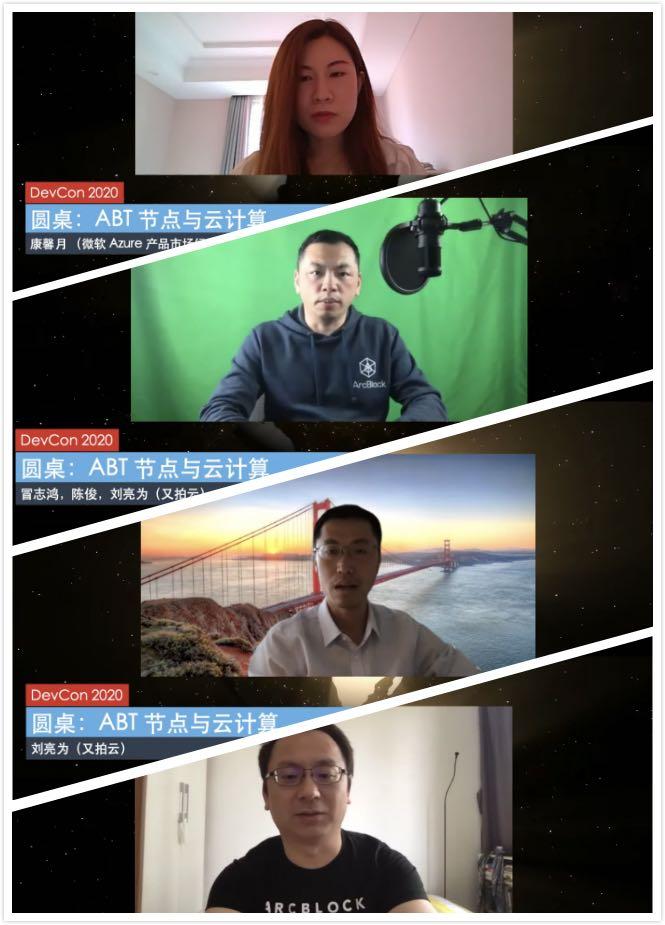 ArcBlock CEO, Robert Mao, sat down with co-panelists from Microsoft Azure, UpYun Hold Cloud, and Jean Chen from ArcBlock to discuss the recent announcement of ArcBlock's ABT Node and the role of Cloud Computing for developers, productization and creating the right components to build a success app. 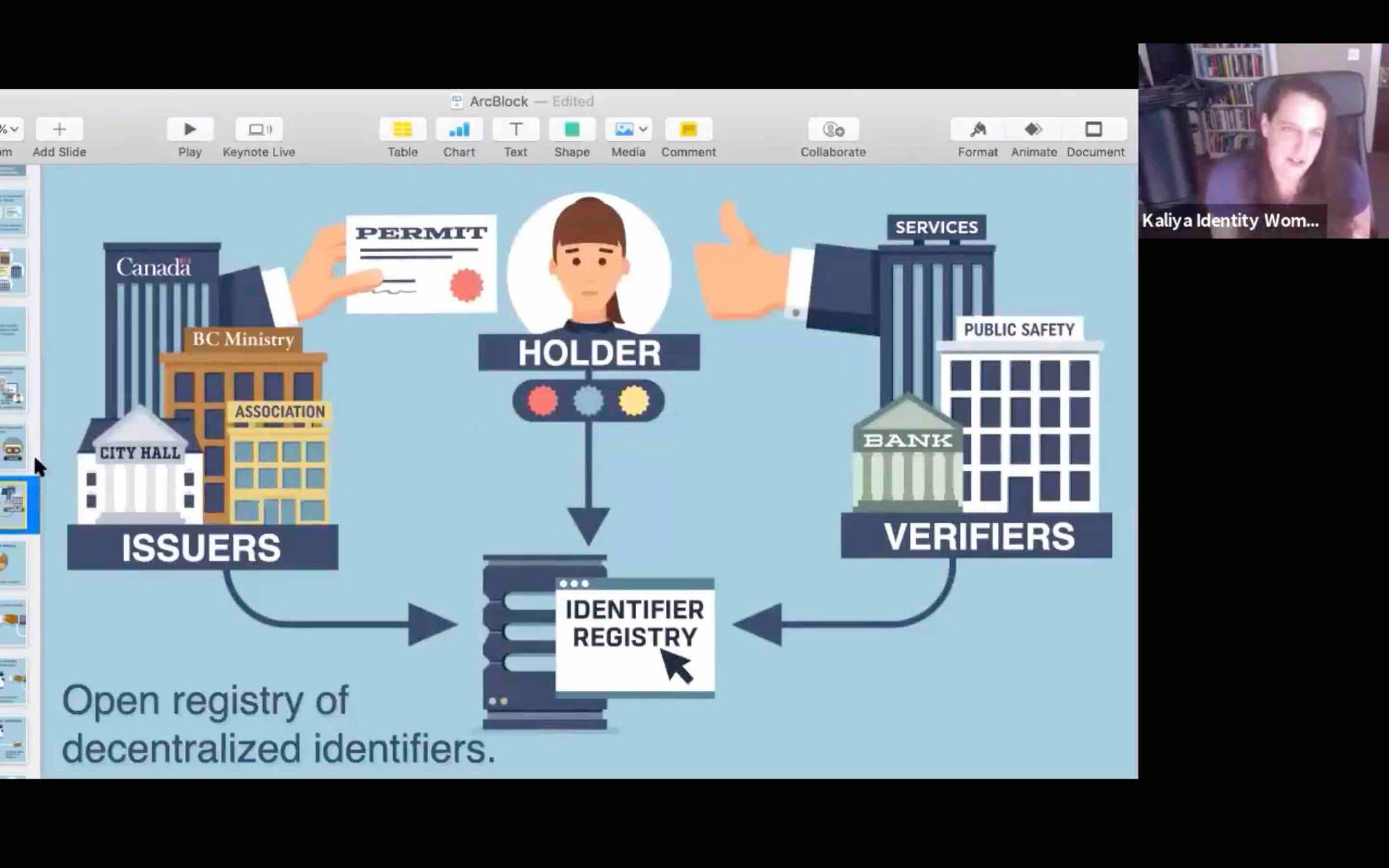 Thought leader and identity provacateur, Kaliya Young, the Identity Woman presented a deep dive into decentralized identity that included the history, role of decentralized identity, the working communities and groups, and how developers can get involved. Kaliya, also recently released a book on The Domains of Identity 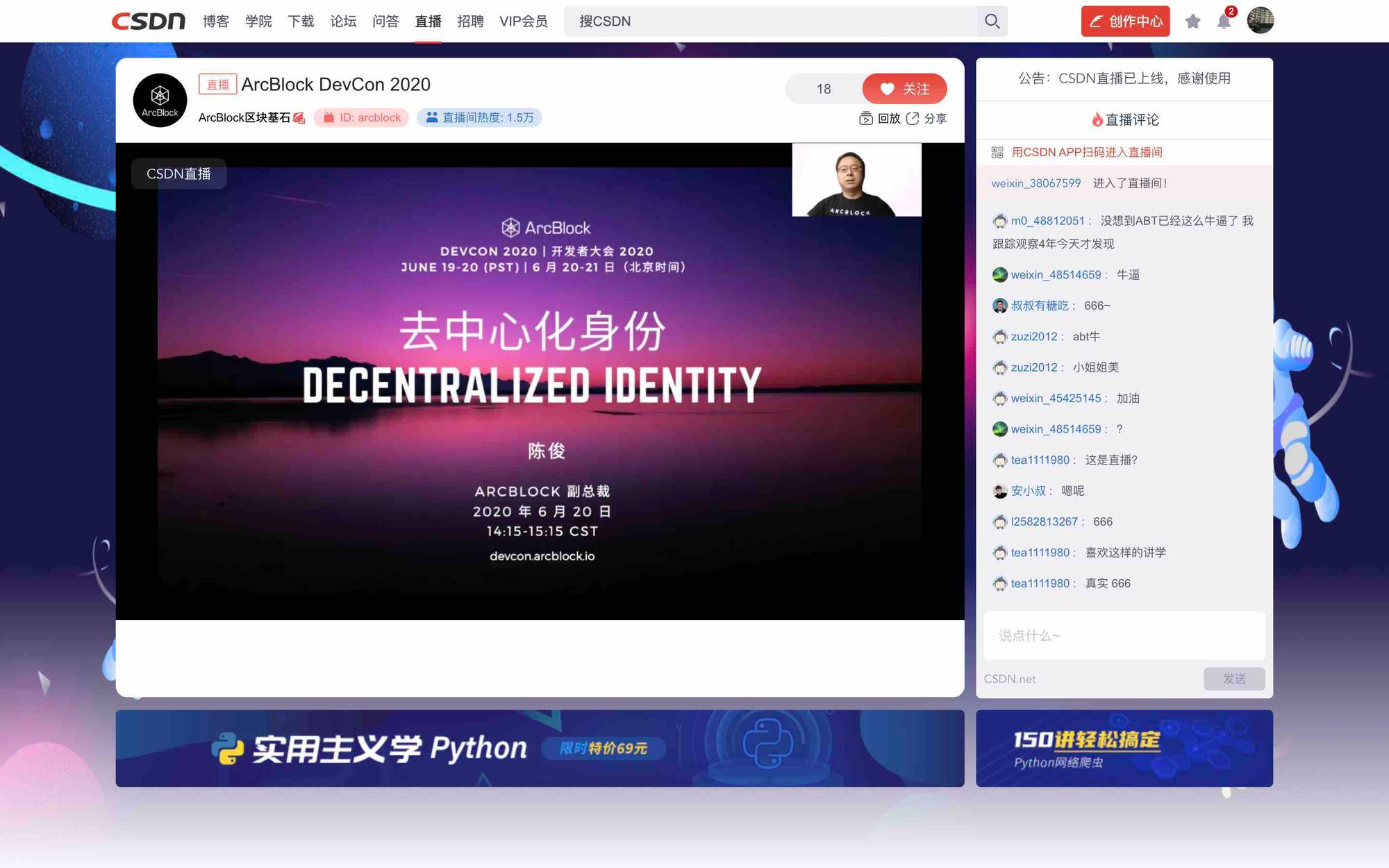 Jean Chen, VP at ArcBlock discusses the recent increase in popularity of Verifiable Credentials, and the role that ArcBlock's decentralized identity capabilities is playing in heping developers and businesses adopt these privacy preserving technologies. 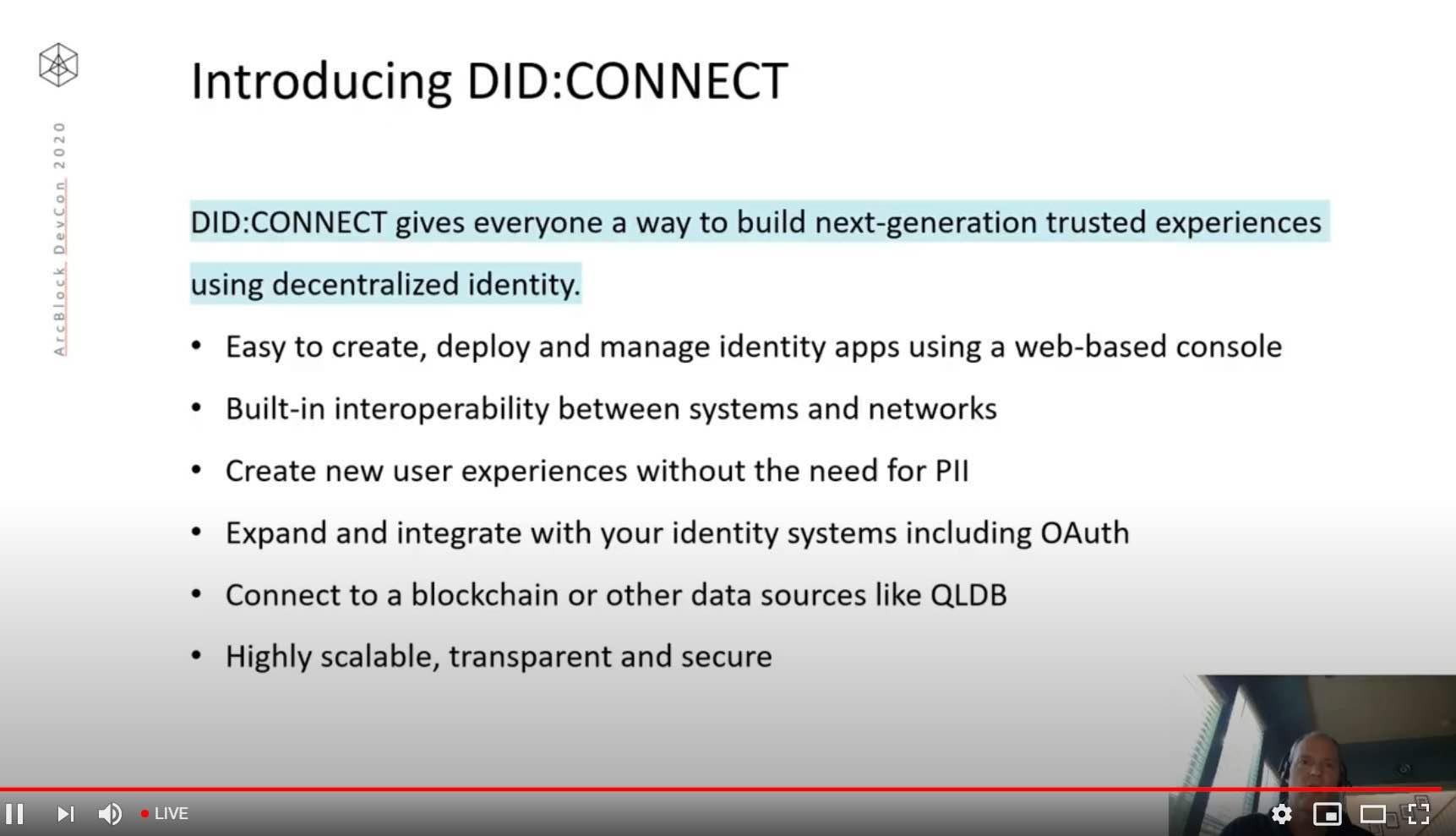 ArcBlock's Matt McKinney gave us a walk through on the current state of decentralized identity adoption, and how ArcBlock's new DID:CONNECT Blocklet is solving many common issues for developers and businesses making it easy to adopt identity into their project stack. 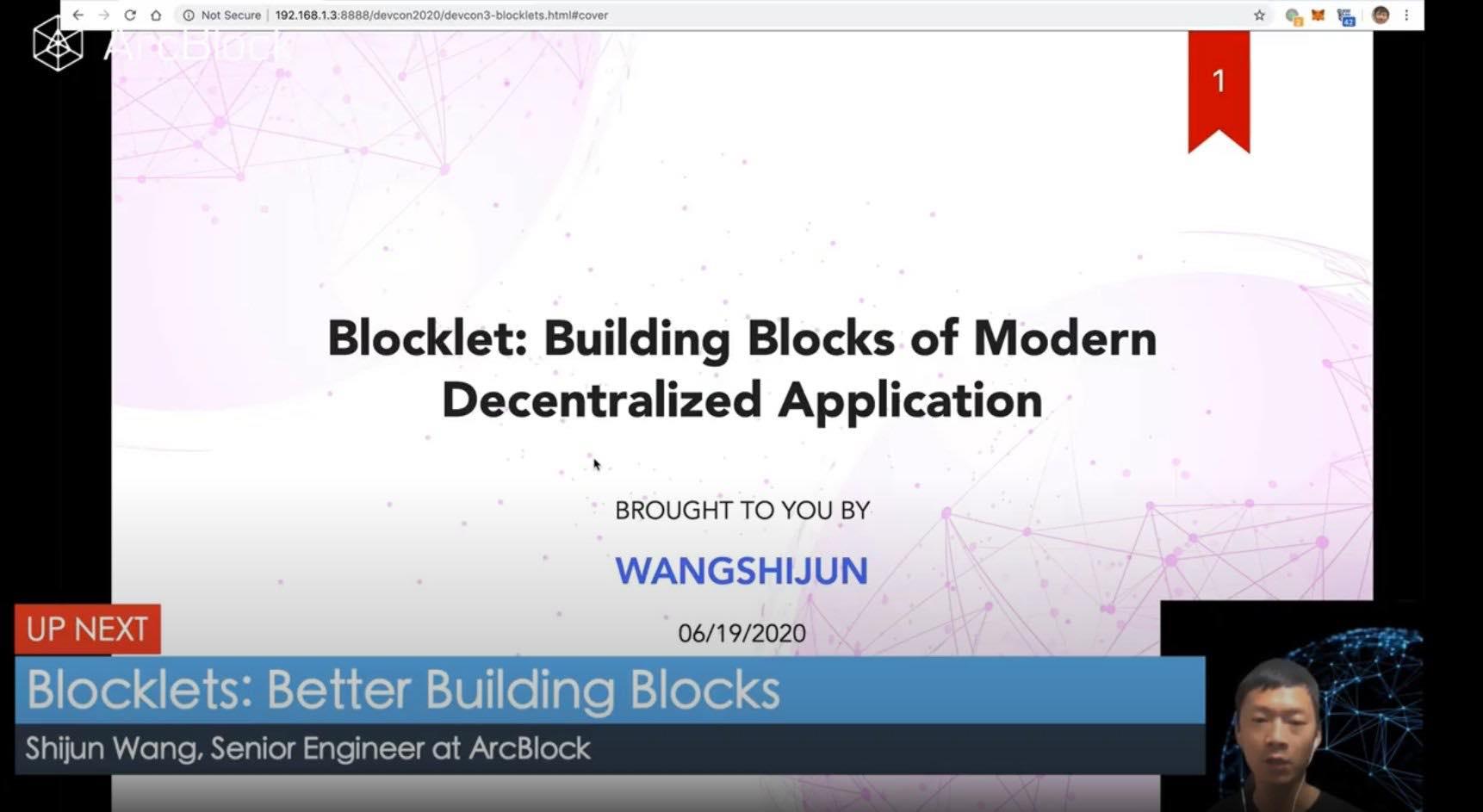 ArcBlock Senior Engineer, Shijun Wang, showcased one of ArcBlock's new platform features "Blocklets". Blocklets are the new building blocks that developers can use to create stand alone applications, reusable components, or add new features like smart contracts that can extend the usefulness of the ABT Node. 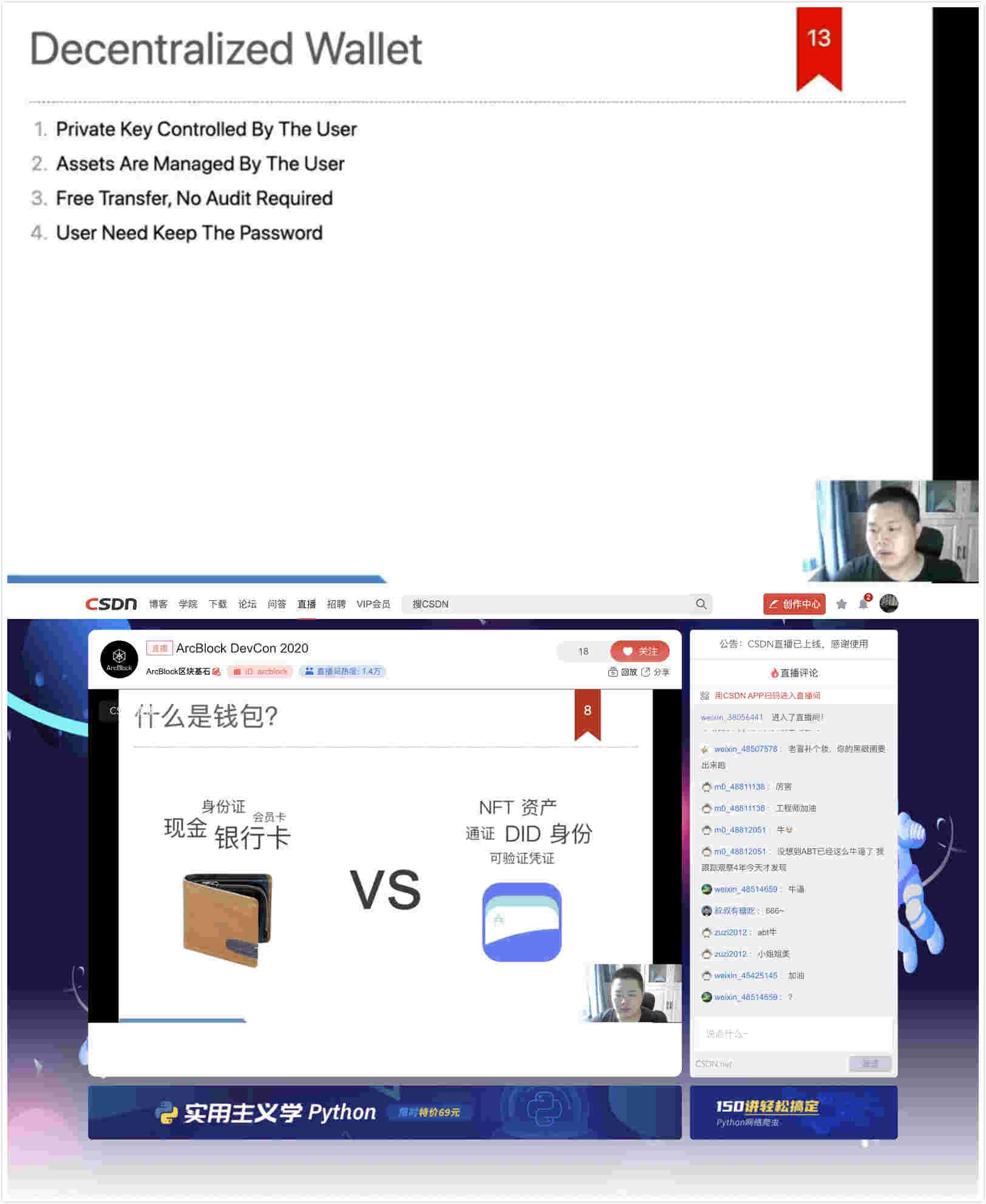 A workshop focused on helping developers understand how to use ArcBlock's ABT Wallet, and how a user-facing decentralized identity wallet is the key to deliver an end-to-end experience for the decentralized web. 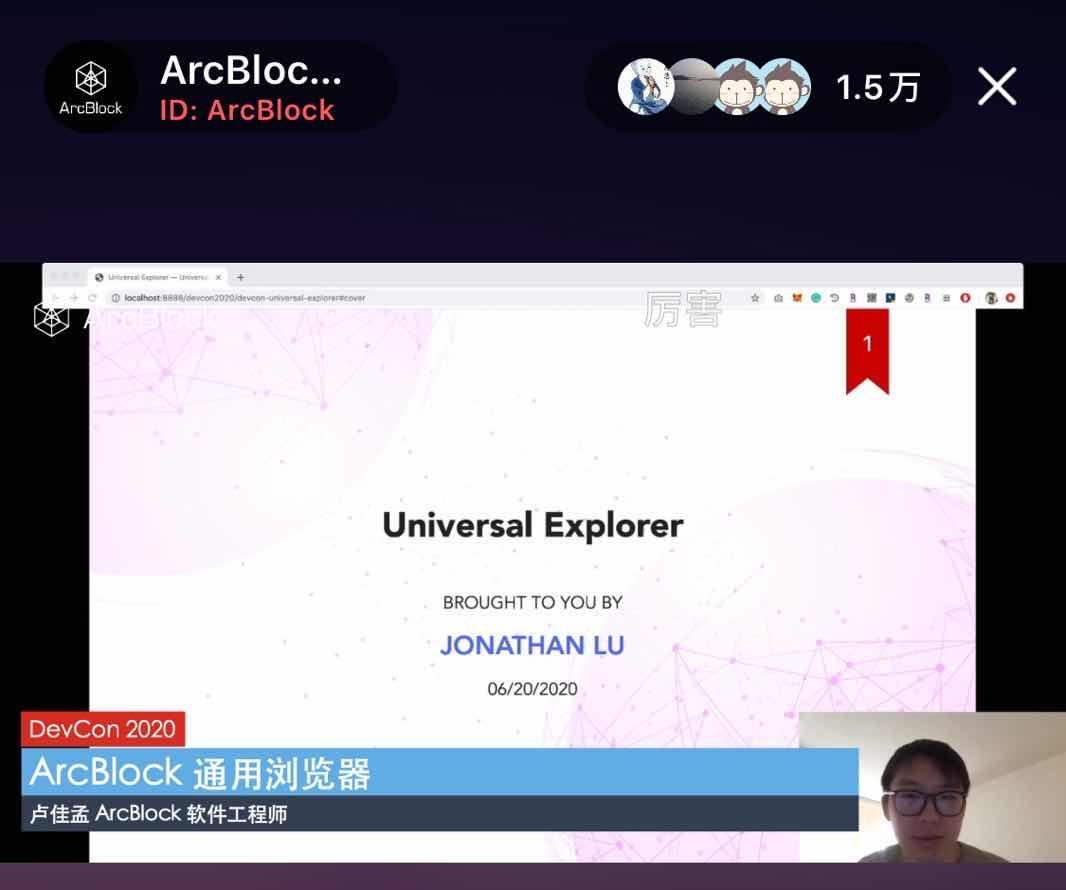 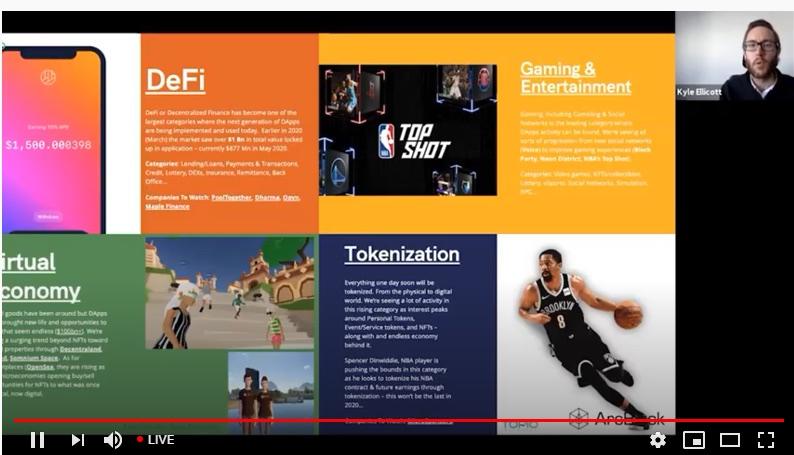 Topio Networks Kyle Ellicott provided an overview of the current state of the DApp Ecosystem including the top players, opportunities for developers, and where the trends are headed for 2020 and beyond.

A lively discussion about government and blockchain that included experts from the US State Department, Washington Technology Industry Association, Boeing and the Cascadia Blockchain Council. The panel looked at blockchain from a local, state and federal perspective and described many of todays challenges that are preventing blockchain being widely adopted across government agencies. The panelists also discussed where they see opportunities for developers in the near term and beyond. 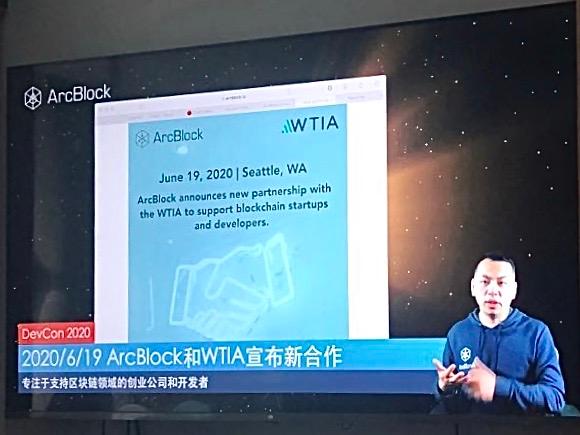 ArcBlock announced a brand new partnership with the Washington Technology Association that gives developers and blockchain startups new resources and support to help get their projects to market. The new program offers enhances training and development, business resources, free software subscriptions and more.

Note: collect all the event badges 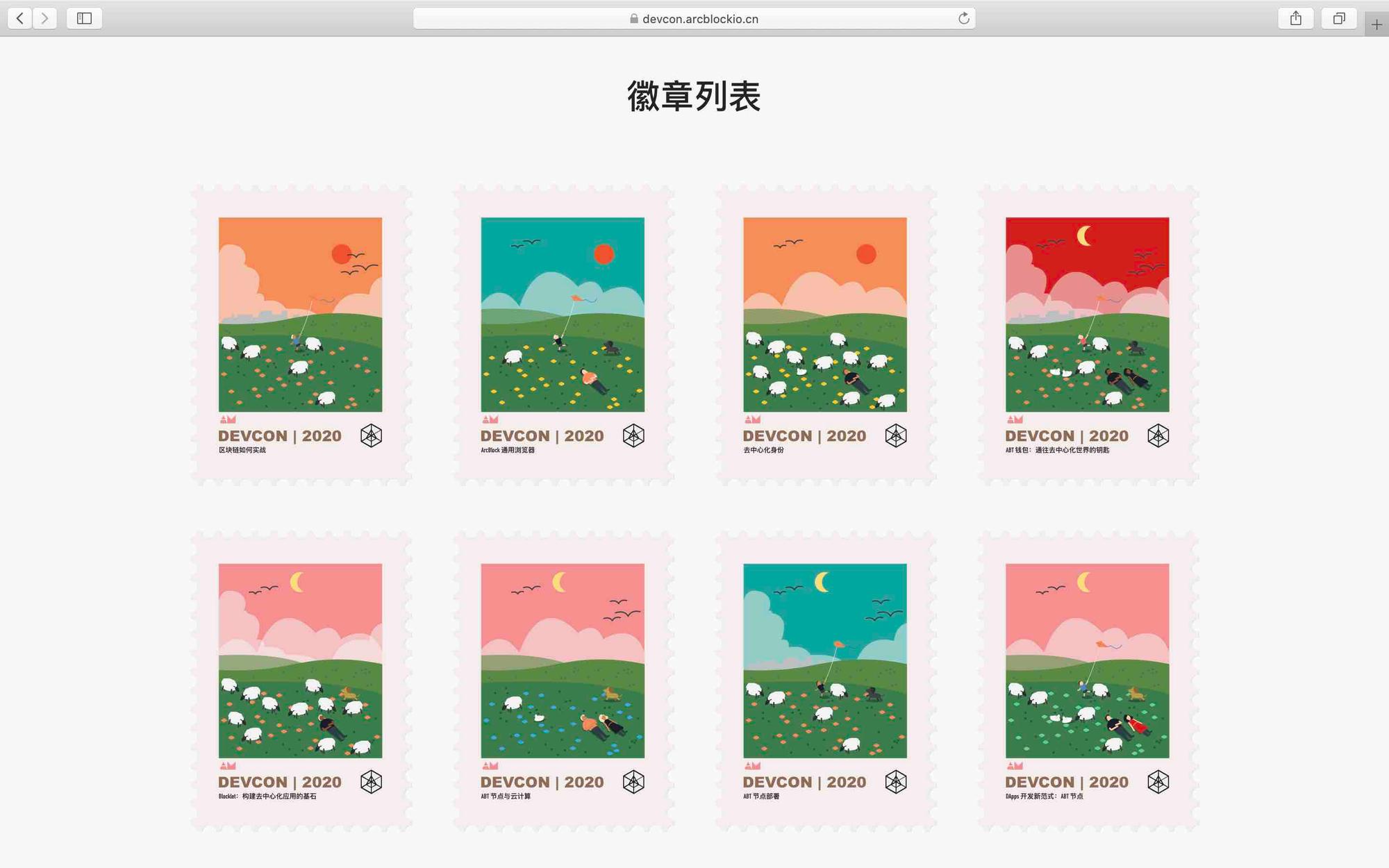 Participants and viewers can receive NFT badges for attending the event and different sessions throughout the day. Watch the event then earn your non-fungible token badge.