BELLEVUE, Wash., Dec. 01, 2020 /ArcBlock/ -- ArcBlock announced the release of the latest version of DApp developer platform - ABT Node 1.1 - that delivers new features and capabilities for developers, alongside several updates for production workloads. With these updates, ABT Node can better support diverse workloads across platforms including an updated single-pane-of-glass user experience.

ABT Node 1.1 Features and updates

Since ArcBlock’s official release of ABT Node 1.0 in September, the ArcBlock team has been working with customers and developers to improve ABT Node with more than 41 releases since September to optimize the platform experience and make it easier than ever for anyone to create and deploy DApps, Blocklets and DLTs on the ArcBlock platform.

Starting today, anyone can immediately begin usng ABT Node 1.1 and all the new features and improvements included in this release that deliver better performance, increased security and new options to make it easier than ever to create and deploy their projects. 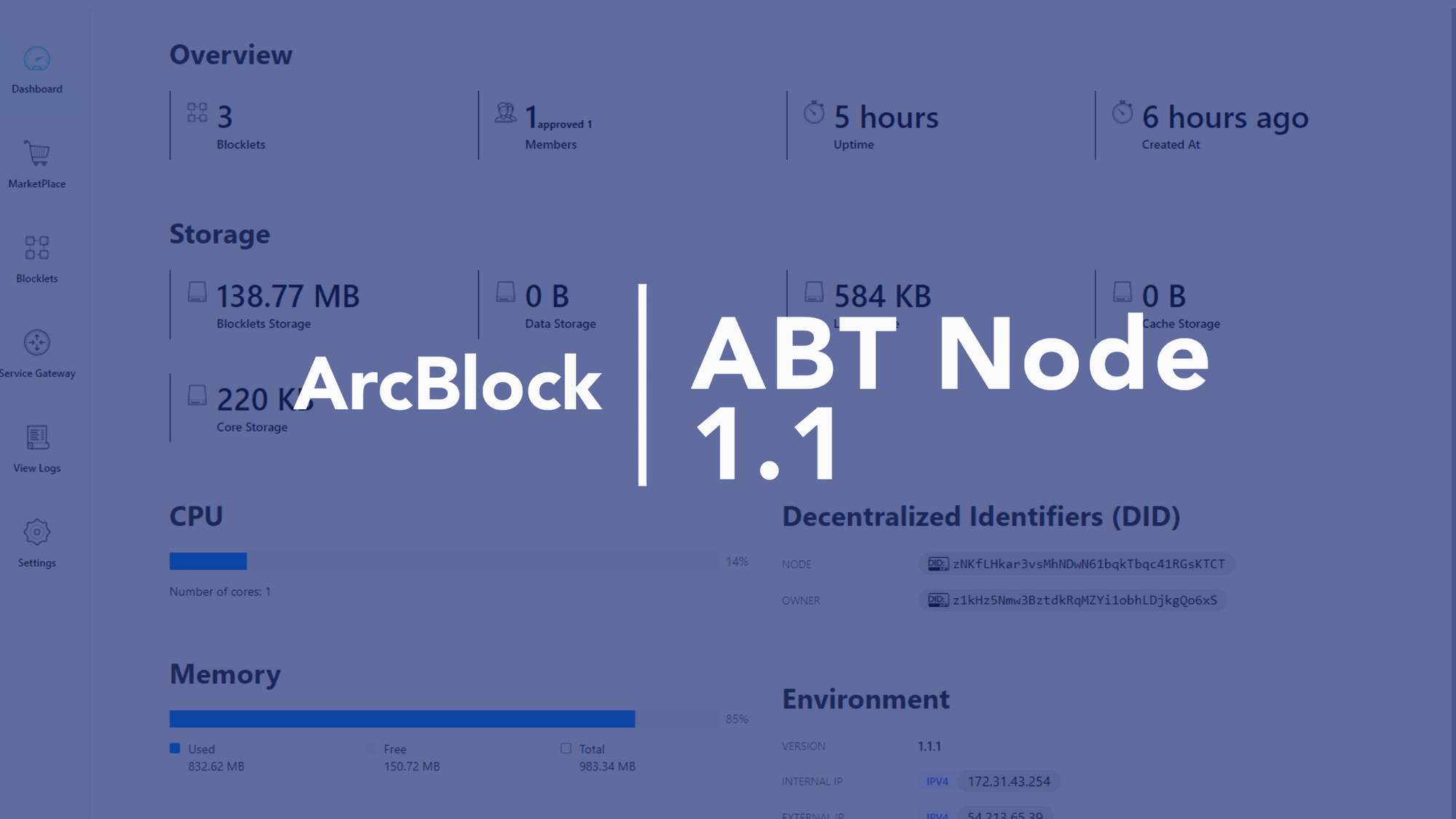 You can review a detailed list of updates by reviewing the new Changelog here. Some of major feature updates include:

With the release of ABT Node 1.1, ArcBlock has released an outline of their Blocklet specification for developers and released a wide range of new open source blocklets and source code to enable developers to quickly create and deploy services, tools and DApps for their projects. Several of the key updates include:

The Service Gateway has been improved to better support production-ready DApps and Blockchains with new:

ArcBlock's Command Line Interface (CLI) has been improved for a better developer experience including:

One of the key features released with ABT Node 1.1 is the new automatic upgrade feature that makes it easy for enterprises and developers to upgrade their nodes with minimal impact to their production DApps and blocklets.

Users have the option to receive notifications whenever an upgrade is easy and one-click upgrades to ensure their nodes are always using the latest version. The new auto-upgrade feature can be used through web interface. User can visit the settings section on the action bar and will see the option to receive notifications for upgrades. When selected, users will receive updates and when confirmed ABT Node will perform the upgrade automatically. 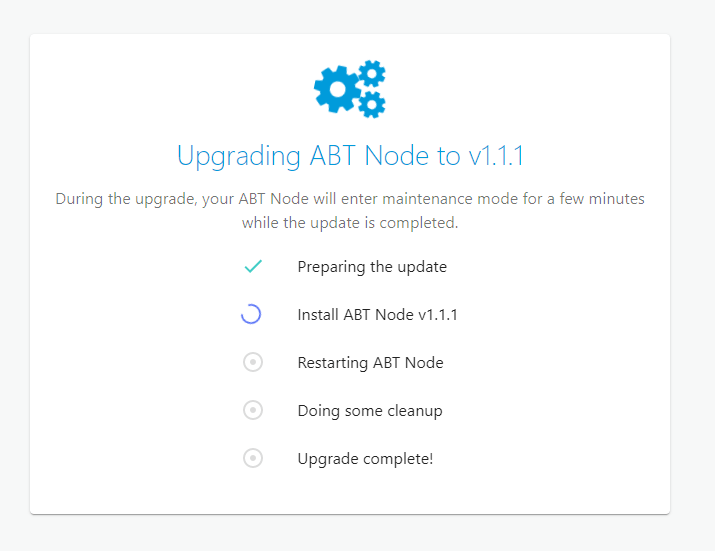 For developers who previously installed ABT Node in their dev environment, they can easily perform automatic updates to ABT Node using a single command -abtnode upgrade.

More ways to play with ABT Node

ArcBlock has increased the number of ways developers can get started with ABT Node 1.1. The easiest way to start is to simply visit https://www.arcblock.io/en/get-started, or follow the links below to find new ways to use ABT Node and improve your DApp development workflow.

With the release of ABT Node 1.1, users can deploy ArcBlock's production-ready development platform and web node to create and deploy DApps into the cloud using AWS. The AWS Marketplace includes a ready-made ABT Node that includes everything users need for production workloads including built-in Nginx support, auto-upgrades without the need to restart your web server, and integrated decentralized identity for improved security. 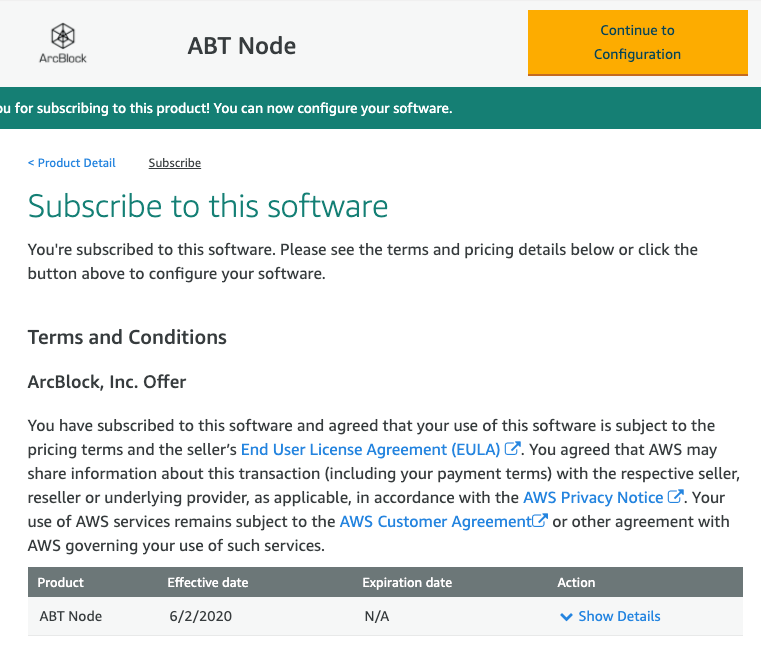 ABT Node 1.1 fully supports Docker with several new ways to deploy and try ABT Node using Docker. The fastest way to try ABT Node and Docker is the one-click deploy option Play with Docker. The ABT Node Play with Docker demo and walkthrough showcases how easy it is to deploy and run ABT Node using Docker containers and Docker Swarm. You can also follow-up along using the short video below. Anywhere users see "Play with PWD" you can immediately deploy ABT Node in one-click.

ArcBlock now includes support for Gitpod's Cloud IDE enabling developers to immediately deploy any Blocklet on ABT Node and begin coding within just a few minutes inside of their browser. Users can try the Cloud IDE by visiting the Get Started and select Try it Now in the Gitpod section. All of ArcBlock's open sourced repos already include support for Gitpod and can be deployed directly from Github.

Install on ABT Node

The release of ABT Node 1.1 includes ArcBlock's new Install on ABT Node feature that allows any developer to deploy a Blocklet directly from Github and other download locations. It's the easiest way to go from code to production and enables anyone to quickly deploy Blocklets to any of their registered nodes. Learn how to get started with Install on ABT Node using our simple step-by-step walkthrough. 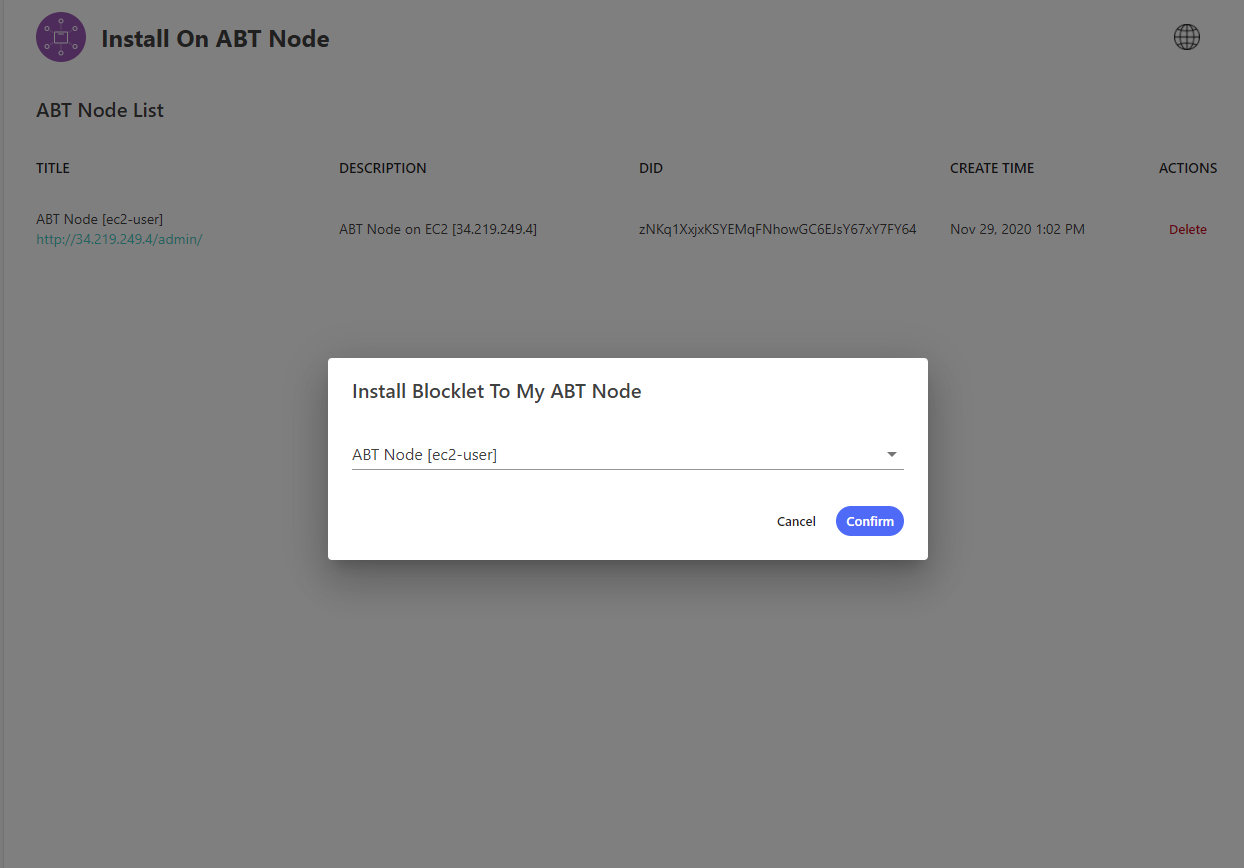 ArcBlock has released dozens of open source Blocklets and source code to enable developers to quickly deploy a wide range of frameworks and tools for their DApp projects. Some of the available Blocklets include:

Each of the Blocklets can be deployed to Gitpod's Cloud IDE, or use the Install on ABT Node to deploy it directly to your ABT Node in a single click. 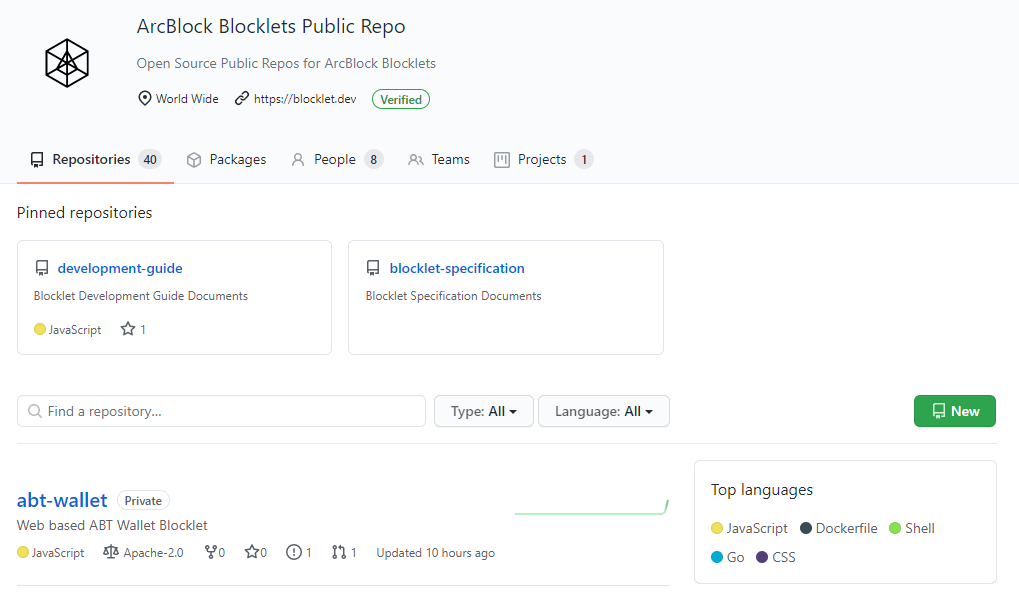