BELLEVUE, Wash., Oct. 30, 2020 /ArcBlock/ -- ArcBlock, a leading blockchain technology, decentralized identity, and DApps Developer Platform, announced today has released an update to its DApp developer platform that includes several new features and capabilities for developers including the official release of its new Developer Plan that ensures ArcBlock will remain free and fully featured for developers, hitting its 3 years milestones. 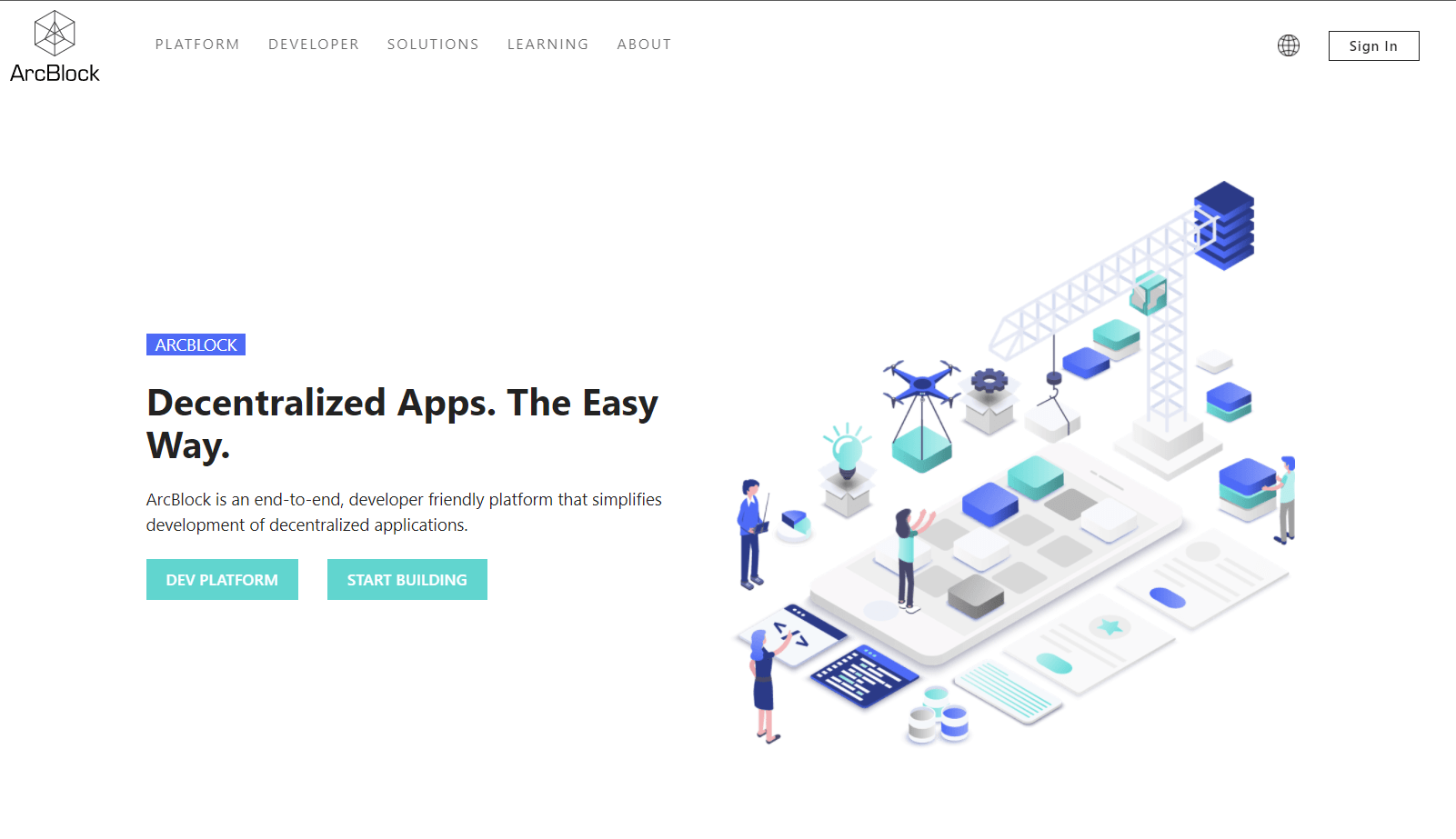 Since 2017, the ArcBlock team has been working to solve many of today’s developer challenges when it comes to building Blockchain and Decentralized Applications. From poor performance and lack of scalability to limited usability and lack of developer features, DApp developers have been challenged when it comes to getting their DApps to market and building real DApps that not only work for early adopters but real everyday users. 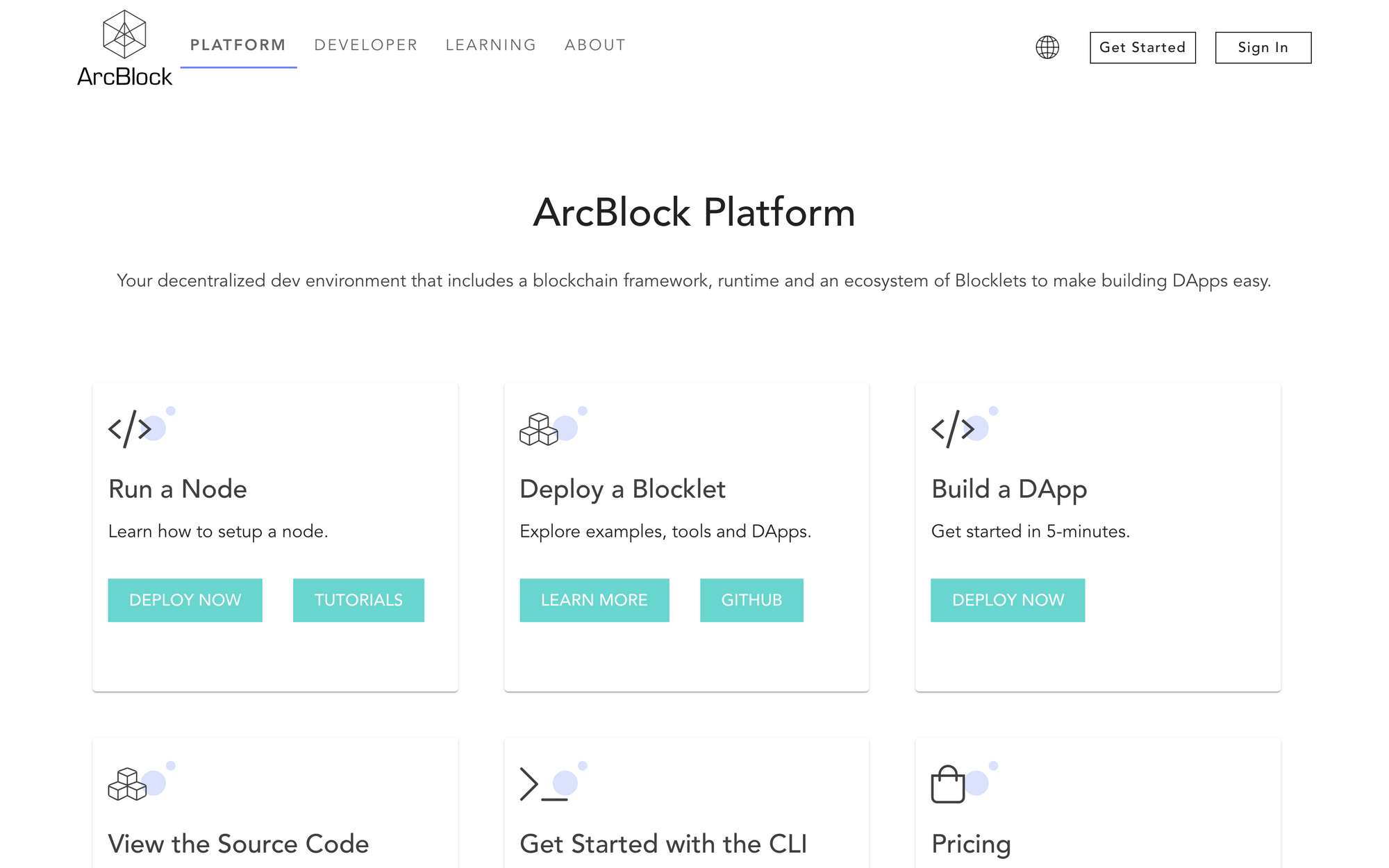 ArcBlock’s ABT Node is the foundation of the ArcBlock Platform and solves the challenges of building DApps by giving developers everything they need to build highly scalable, end-to-end experiences for real-world users. ABT Node includes built-in decentralized identity and ready-made apps and components with ArcBlock’s unique Blocklets. The ABT Node platform is cloud-native and with its unique distributed architecture can be deployed anywhere including in the cloud, on-premise, or locally on any device. For developers, the ArcBlock platform is always free and includes every feature, such as: 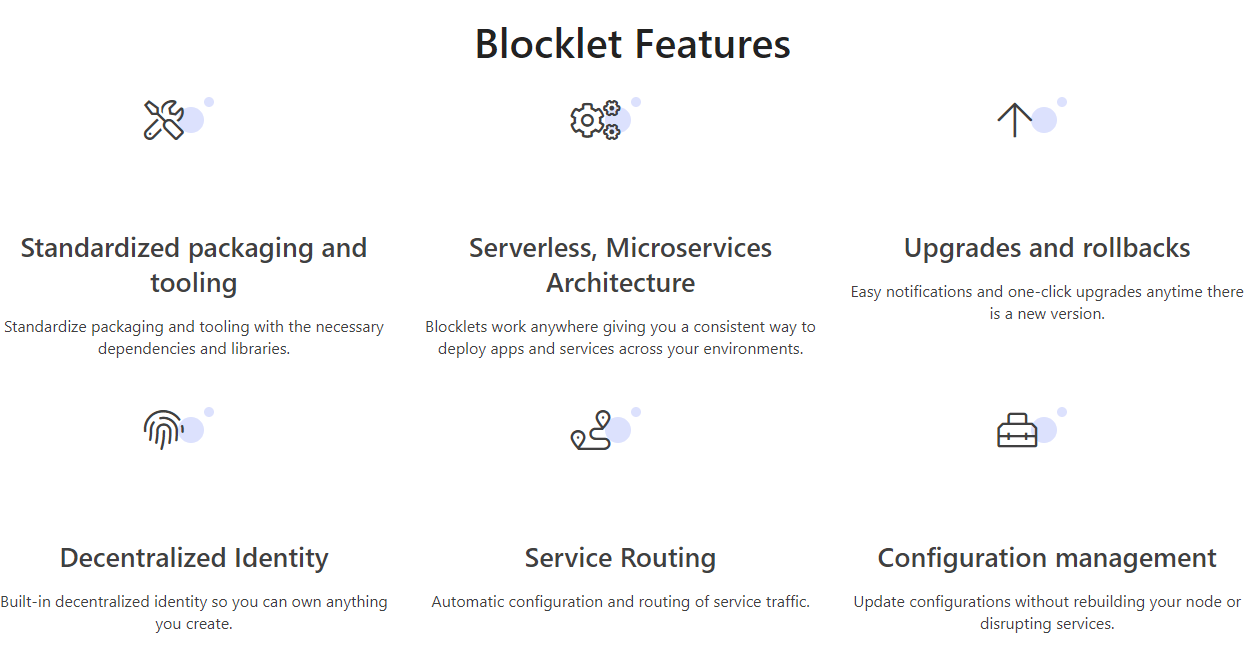 While ABT Node is the foundation of the ArcBlock platform, Blocklets are the key building blocks that make building DApps easy by giving developers ready-made software that includes compiled code and any necessary dependencies needed. Blocklets are serverless and can be one-click installed from Blocklet Marketplace in ABT Node.

With Blocklets, developers can use one Blocklet or connect Blocklets together in a few steps to quickly build and deploy DApps and components, or easily extend the functionality of their ABT Node for their production DApps.

Every ABT Node dev environment includes access to ArcBlock’s decentralized Blocklet Marketplace where developers can get free and paid Blocklets from popular vendors including:

With today’s release, ArcBlock has launched a new “Getting Started” portal that enables new users to get started with ArcBlock fast. Developers can launch ABT Node using a single command from their developer computer, or “one-click deployment” in the cloud using AWS or their own infrastructure with ArcBlock’s ready-made cloud images.

ArcBlock also showcases other ways to start developing, testing, and deploying the ArcBlock platform including the new “One-click to deploy” Docker playground, and the latest cloud-based development tools, such as Gitpod, Github’s Codespace, or how to launch a blocklet directly from Github.

ArcBlock is transforming how blockchain-enabled applications and services are developed, managed, and deployed by reimaging how these services will be created in the years ahead. ArcBlock comprises a team of industry experts, developers, technologists, and leaders who are focused on creating successful outcomes by enabling teams and businesses to develop blockchain-ready services around their needs. ArcBlock has created a powerful but easy-to-use development platform that utilizes blockchain's power in combination with cloud computing that allows developers and businesses to achieve their goals successfully. Follow ArcBlock on Twitter @arcblock_io.