Get Started
Introduction to ArcBlock Blocklets

Blocklets are the key building blocks for ABT Node that include stand-alone apps, reusable components and developer tools, or smart contracts that can be installed from the Blocklet Marketplace.

Users and developers can simply pick the Blocklet you need to start and install it instantly to get yourself up and running. One of the key features of Blocklets is that it is very easy to combine multiple Blocklets to build a more complex application or DApps. 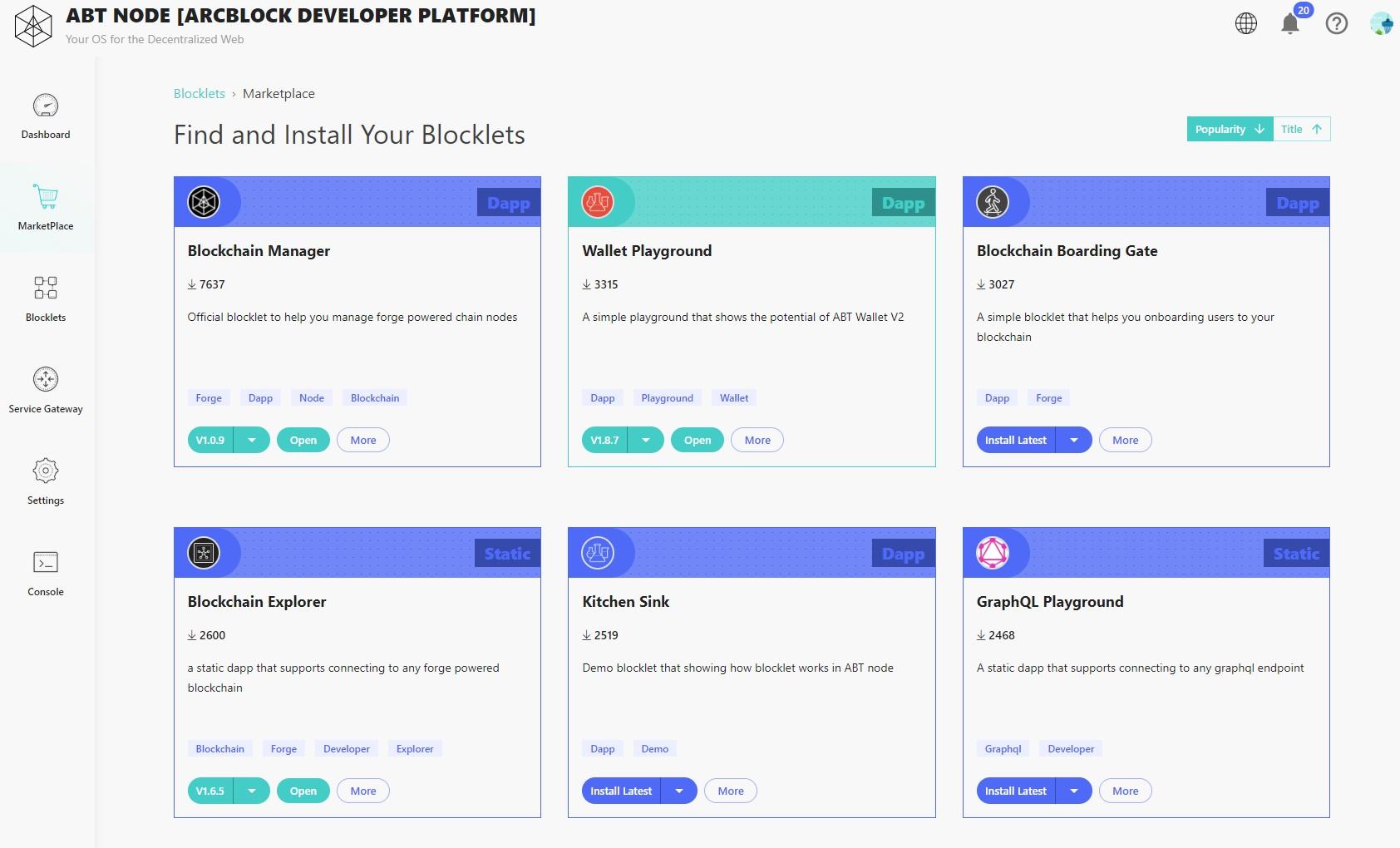 Blocklets come in different packages depending on the use case including, but not limited, to the following:

Each Blocklet comes in a standard format and can be installed on your ABT Node in one-click.

When reviewing individual Blocklets, users can easily access different versions for each Blocklet as shown in the image below. 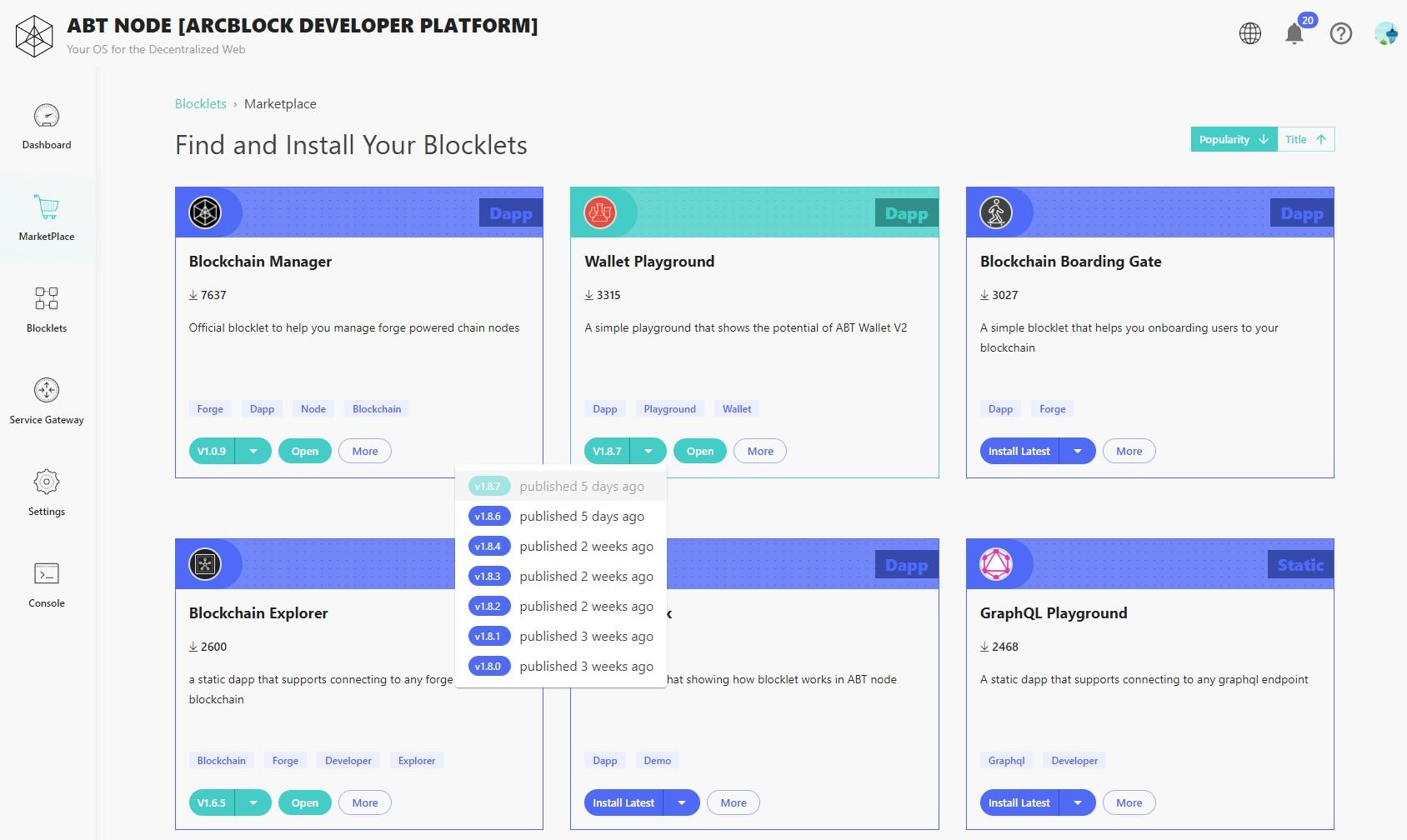 On the Blocklet management page, users are shown various details and information about their Blocklets including:

After installing a Blocklet, users can quickly start, stop, or configure their Blocklets using a standard set of actions that can be used to interact with the Blocklet on their node(s).

Every Blocklet includes various screens that allow users to easily manage all aspects of their Blocklets. On the image below, we can see the Blocklet overview page. 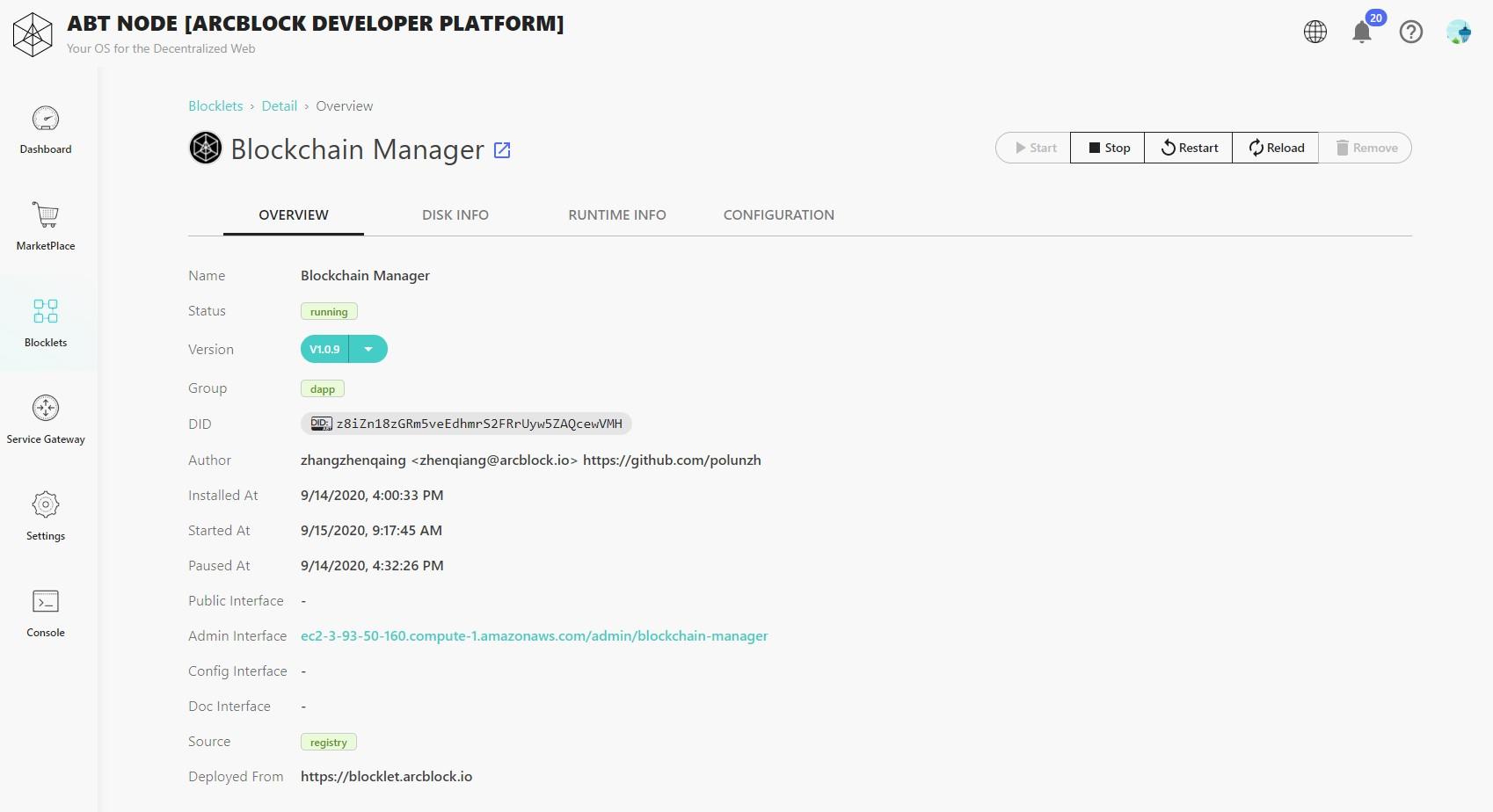 The overview page shows us the current status of the Blocklet as well as: 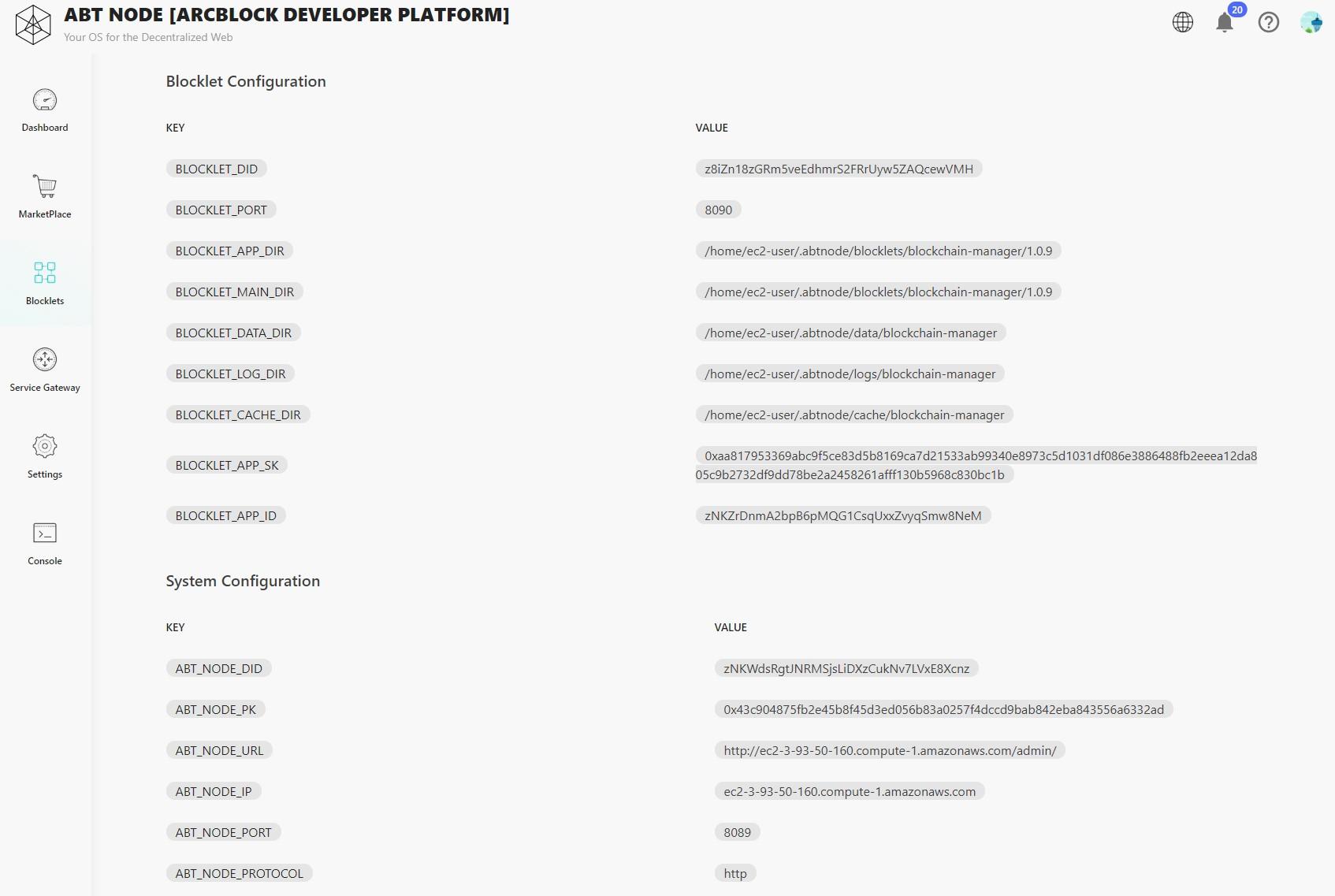 Blocklets can be used individually, or easily connected together to easily and automatically give your applications new capabilities and features. For example, deploy a node using the ABT Node Launcher, create a new blockchain network using the Blockchain Manager Blocklet, and then connect it to the Blockchain Explorer Blocklet to get instant insights into your blockchain. It’s that easy!

Use the ABT Node Launcher Blocklet to easily deploy additional ABT Nodes for your apps, and to extend your infrastructure and node network wherever your users are located. We will be adding new infrastructure partners to the Node Launcher along with your ability to deploy ABT Node onto your own servers, IoT devices and more.

Blockchain Explorer gives you instant insights into your blockchain network in a design focused on a great user experience.

Blockchain Boarding Gate is a Blocklet for quickly creating new accounts on a blockchain network.

DID Connect is a Blocklet that makes it easy for anyone to deploy and run decentralized identity services to support key authentication requirements including enabling users to login using their own identities. The DID:CONNECT blocklet also includes various integrations including OAuth, Android and JavaScript.