Over the weekend, ArcBlock sponsored and participated in YGC Data’s Future of Work virtual hackathon. The event had 200+ developers competing for cash and prizes with the goal of building apps or services that can help people get back to work safely. As part of the healthcare competition, developers used ArcBlock’s developer platform including the brand new DID:CONNECT service that enabled the use of decentralized identity for the developers' applications, as well as the technical preview of ABT Node and Wallet that enable a complete end-to-end decentralized identity experience.

The use of decentralized identity is a key component as it makes it very easy for different parties to share information in a trusted way while keeping the data private and secure.

The premise behind this weekend's hackathon was simple. “The staggering 16.8 million initial unemployment claims filed in the past two weeks is very concerning to us,” stated Henry Liu, COO of YGC. “As many businesses have implemented a hiring freeze as a response to the quarantine, many impacted workers are struggling to rebound. Providing a platform for employment seeking workers to add value to enterprise partners and learn to solve industry challenges is crucial. The skills learned through the hackathon are practical and directly contribute to our enterprise partners' needs today. We are taking steps to get these workers back into the marketplace.”

Other technology giants such as Facebook, Twitter, and Microsoft have partnered with the World Health Organization to launch their version of global online hackathon #BuildforCOVID19. 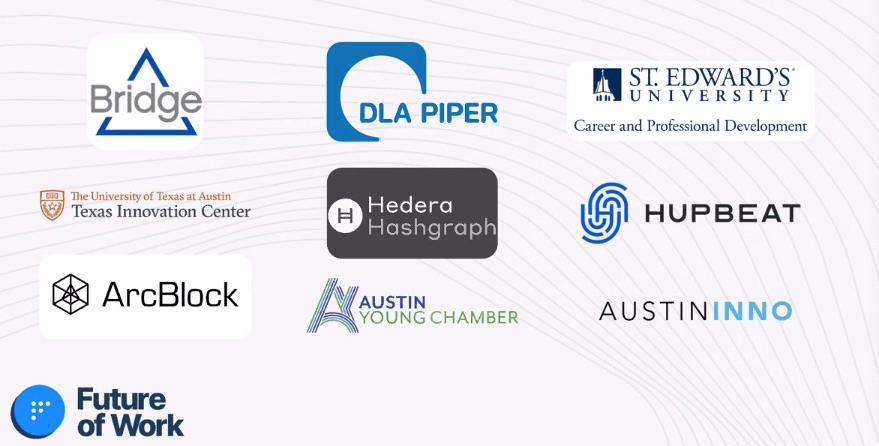 YGC’s hackathon included the likes of Chevron, Indeed, Rackspace, ArcBlock, and several other leading energy, transportation, and healthcare organizations who provided mentorship to each project. 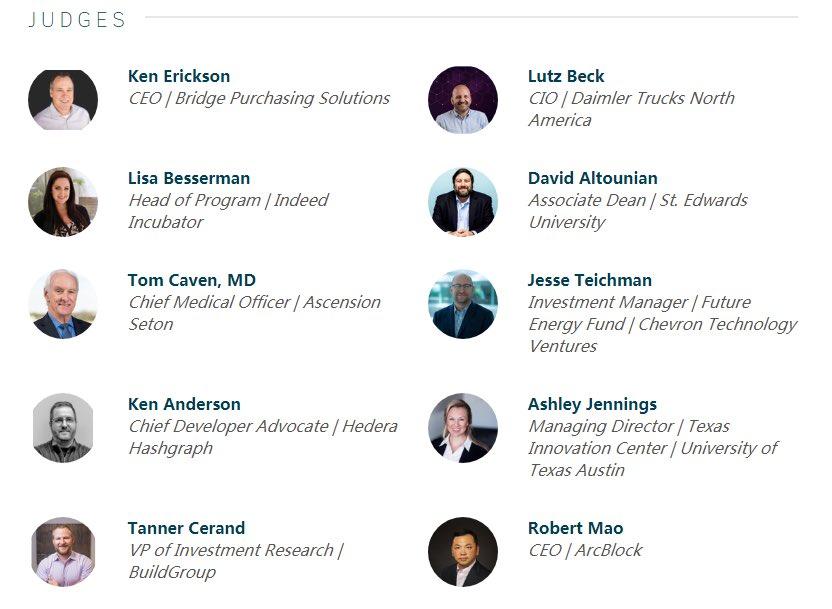 ArcBlock worked directly with hackers in the “healthcare” segment of the hackathon and provided its decentralized identity solutions including the ABT Wallet, Node and DID:CONNECT service to all the participants. At the end of the event, 8 of the 11 finalist presentations included at least 2 of ArcBlock's service. Some of the projects included The Daily Ride, Dappsule, covID, Wellpass, and a few others that we describe in more detail below. 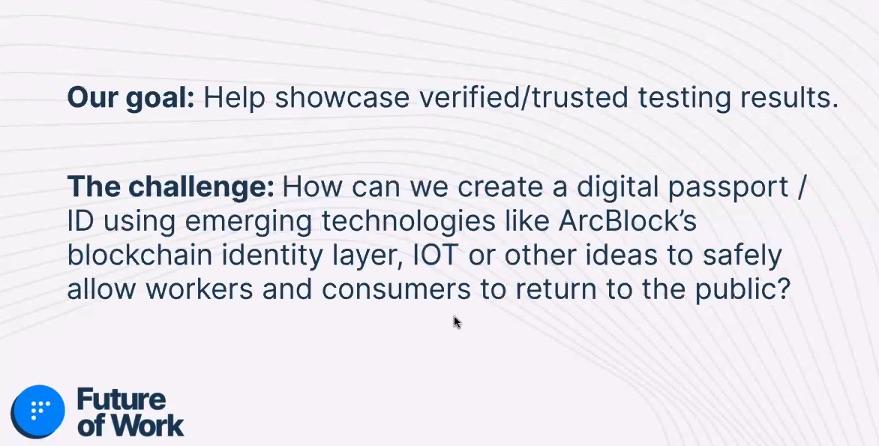 Through the use of the ABT Node, developers were able to easily launch their own identity service for their app using the DID:CONNECT Blocklet, and once launched they could easily use the built-in integration guides for React, Android, OAuth and more. One additional feature that was made available for developers was ArcBlock's new blockchain manager Blocklet. The new Blockchain Manager Blocklet enables any developer, or regular user, to easily spin up one, two or many blockchains for the application.

One such example from the hackathon is Wellpass. This application was created by Sarthok Arora and is a blockchain-based patient data storage application. You can see the basic mechanics of the application below.

In reviewing the application, Wellpass leveraged the ABT Node to run their digital identity service using DID:CONNECT service, as well as running their own blockchains using ABT Node's Blockchain Manager Blocklet. The basic architecture is as follows. 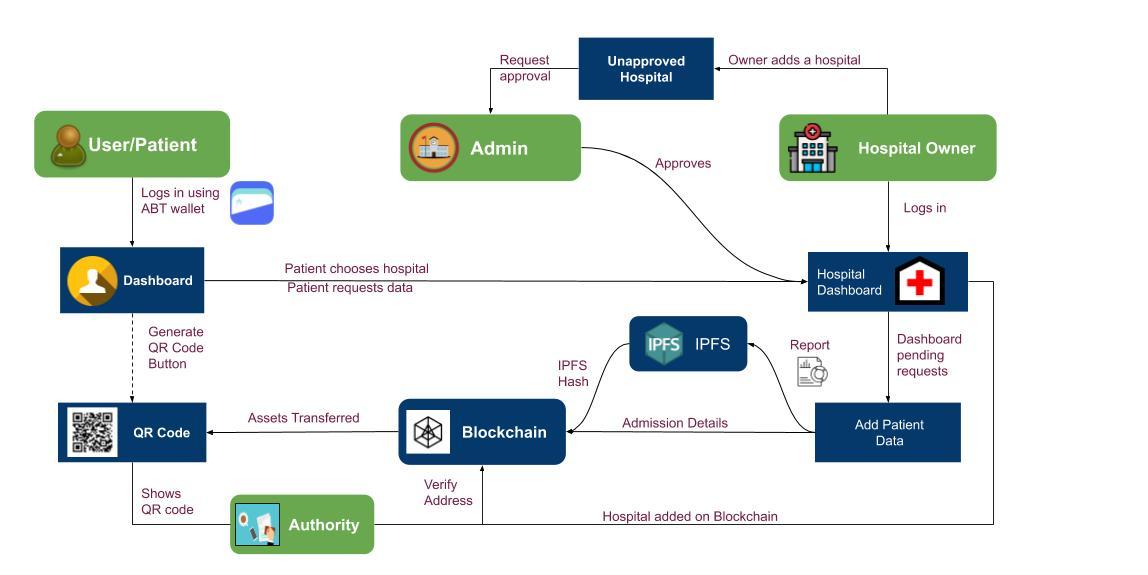 You can check out Wellpass' project on Github - https://github.com/sarthakarora1208/wellpass.

Another successful project from the event that was well regarded by the panel of judges was covID. CovID built a contact tracing application that leverages the ABT Wallet and then works with various hospitals and healthcare organizations to capture tests. And once a positive test has been identified, the contact tracing solution can share data against a list published on the blockchain.

For this specific application, the first iteration leverages data from Epic and works in combination with ArcBlock's DID capabilities making it easy for users to securely and privately enroll their IDs with the hospital. 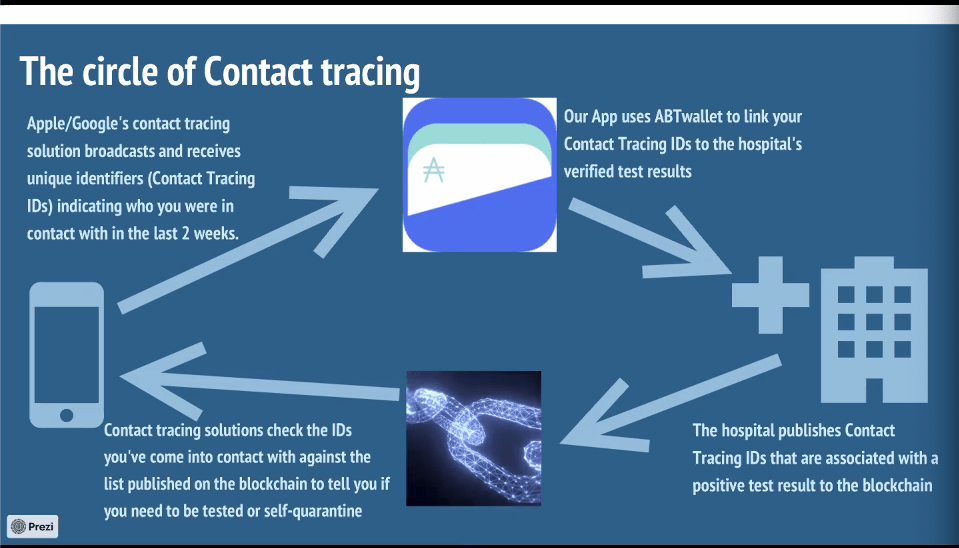 Upon deployment, users and enrollees can be verified in the DID:CONNECT application as demonstrated in the screenshot below. 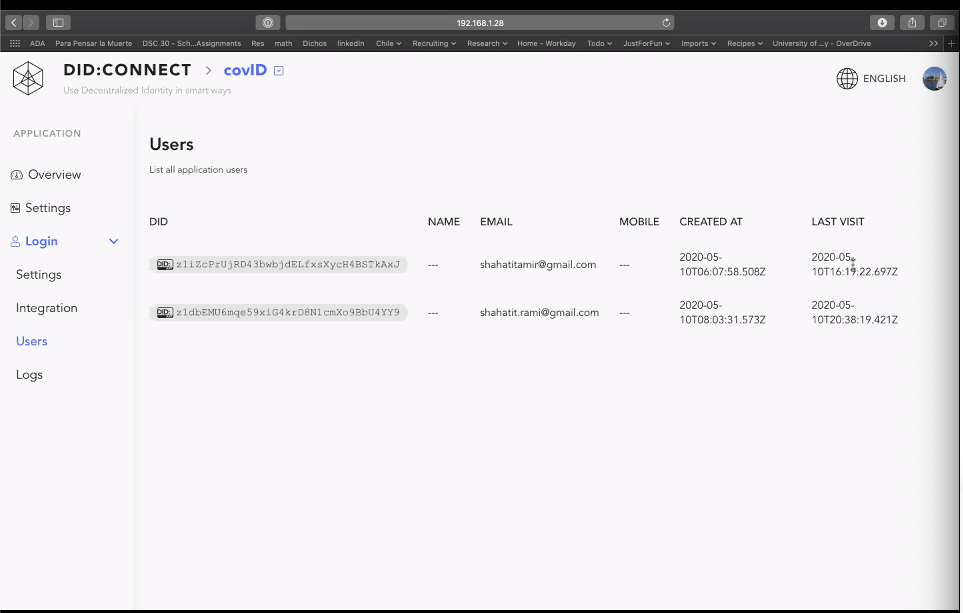 We will share some additional projects in the weeks ahead and encourage all our readers to try running the apps yourselves or build your own decentralized application with ArcBlock. We will be releasing the technical preview of our new ABT Node in the weeks ahead.