Blockchain technology has been around for a long time now, but it still has many obstacles in its path to mass adoption. Despite innovations across multiple sectors, blockchain continues to face criticism due to scalability issues, investors hoarding cryptocurrencies for speculative gains, and lack of proper regulations in the industry.

Some significant factors that block the mass adoption of blockchain include performance issues and the lack of user-friendliness. These issues often bar developers and businesses from widespread utilization of blockchain and decentralized blockchain applications (dApps).

Modern blockchain applications are too complicated for the regular user base and require some level of expertise to utilize the technology to its full potential. The lack of education and awareness on this matter has been acting as a hurdle for the mass adoption of blockchain.

Tackling these issues, Arcblock is a blockchain platform service, rather than just a bunch of software package or set of APIs that are confusing. The platform brings blockchain technology and cloud computing together and provides its users with the best from both worlds.

Arcblock is an incentive-driven marketplace that focuses on interoperability and user experience. ArcBlock recently released an updated blockchain developer SDK that supports many of today’s leading developer languages, along with the second version of its decentralized identity mobile wallet that works for any application or service in the ArcBlock ecosystem. They also have a multi-chain network similar to something like Cosmos that allows developers and businesses to build multiple chains with each supporting a different requirement and automatically interoperable. These eliminate various platform lock-in issues and enables applications to run across multiple blockchains, thus providing better user experience.

ArcBlock comes with a fully customizable token economy manager for apps built on the platform. Developers and applications can even create and use unique utility tokens that inherit all ArcBlock features. The ArcBlock Marketplace allows the community to contribute and exchange reusable components like Chain Adapters, or even applications.

To further facilitate this function, Arcblock has released its Token Swap Service that allows users to swap between the platform’s native Arcblock token (ABT) and the Ethereum-based ERC 20 ABT with no time limits. The service ensures the complete utility of the tokens in the application ecosystem across various Arcblock platforms.

The service will also expand to other development platforms that require the support for other blockchains developed on the Arcblock development framework.

The entire token swap service can be accessed and executed using the new highly secure ABT wallet 2.0, that utilizes the decentralized identity protocol (DID) that gives the users the ability to control and protect their personal information by issuing unique identifiers. With a decentralized identity system, a remote hacker might have access to pieces of personal data, but being able to prove an actual identity would require physical possession of that person’s device.

Transactions can be verified easily on the ABT Network Universal Blockchain Explorer. In addition, the ABT wallet boasts a user-friendly design, which makes it easier for users to access all the services provided by the Arcblock platform. The application of DID to access one’s assets separates Arcblock’s swap service from the rest. Robert Mao, CEO of Arcblock, explained:

“Today, most people are using mobile devices throughout their day, and the new ABT Wallet is designed to extend the capabilities of their phone by allowing them to use these next-generation blockchain services in a way that is already familiar. Every interaction is designed to be useful and user-friendly. Moreover, we’ve added new capabilities that allow users to manage their personal and professional digital properties with ease.”

Arcblock continues to transform the way blockchain-enabled applications and services are developed, managed, and executed by making the entire process seamless. The project showcases a lot of potential, mainly because it makes blockchain more accessible to developers and businesses. 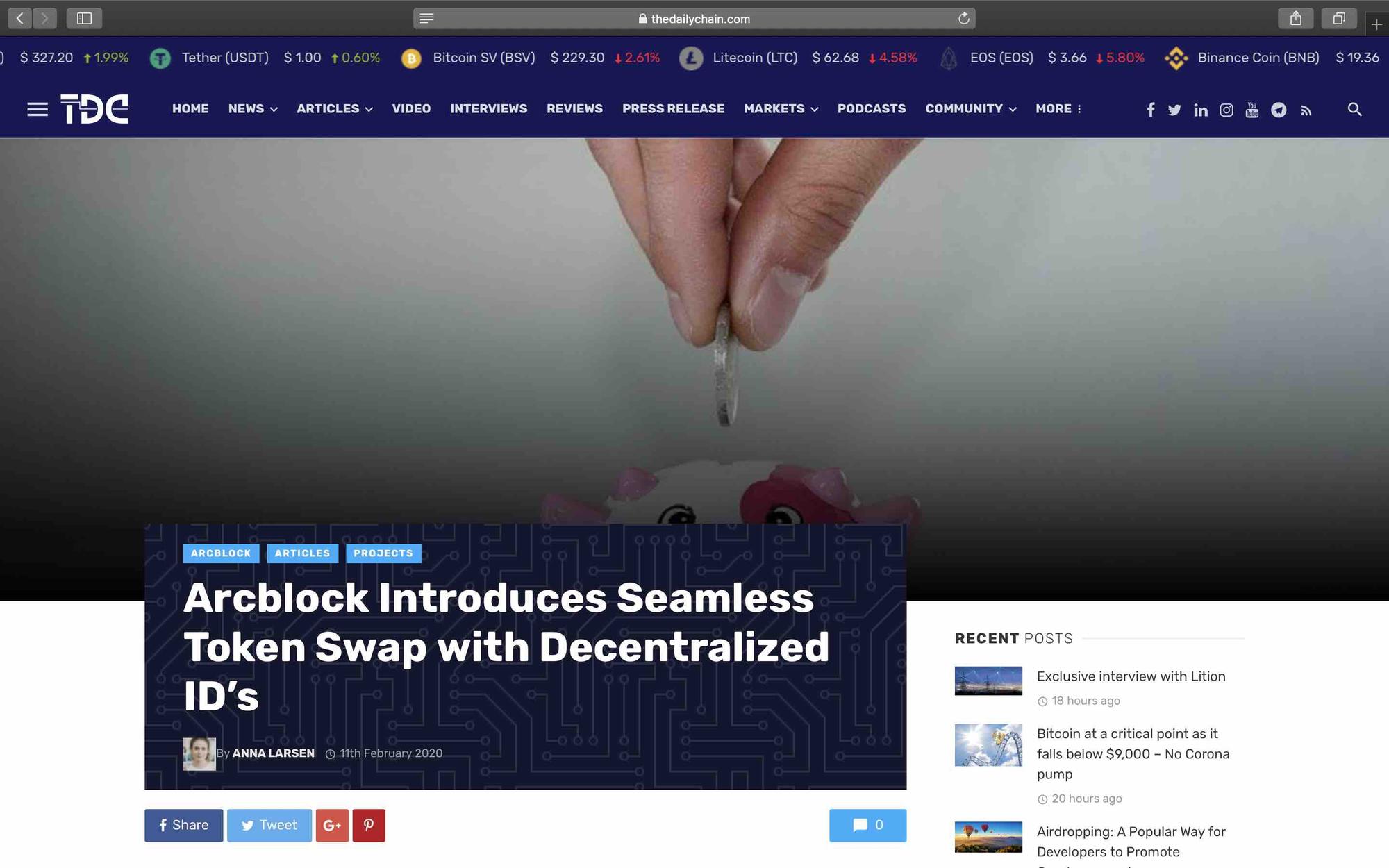 Originally posted on the Daily Chain.