Peter Thiel shares his thoughts on what life will be like after Google and other technologies like blockchain.

ArcBlock attended the COSM Technology Summit in Bellevue, WA, from October 23 to October 25. This year, the COSM event is hosting a world-class group of thought leaders, technology companies, and organizations focused on AI, Blockchain, Crypto, and Life After Google. During the summit, we had an opportunity to listen to Peter Thiel talk about Life After Google and other thoughts around technology, education and blockchain.

Silicon Valley and a sort of academic context are that we are doing great, and everything is just moving super fast. It's all these forms of accelerationism, and we can debate whether it's utopian, a law of Ray Kurzweil. The singularity is near, all you need to do is sit back and eat some popcorn and watch the movie of the future unfold. Or perhaps it is dystopian, ala all the science fiction movies from Hollywood. And the robots are going to kill you, or you're going to be in this matrix, and we're sort of accelerating. We're sort of accelerating to utopia or accelerating to dystopia. 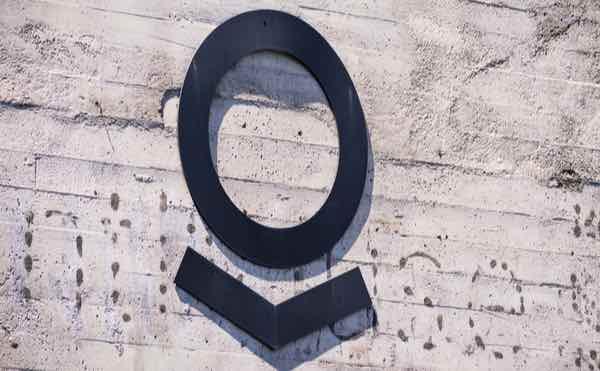 And the somewhat contrarian thesis I have on this, as always, that perhaps the progress is not as fast as advertised, and that we've been in this world where things have been slower. They've been slower for quite some time. Sorry, around bits. That computers, the internet, mobile internet, software have been advancing reasonably quickly. The world of atoms, somewhat more slowly.

When I was an undergraduate at Stanford, the late eighties, I would say that almost every engineering field, in retrospect, was a bad field to go into. It was already obvious you shouldn't go into nuclear engineering. Aero/Astro Engineering wasn't that good. But even all these other fields were not going to do that well in the decades ahead; Electrical Engineering was still okay. Computer science was a really good field to go into in the late eighties. All the other engineering fields, it was just regulated to death. There wasn't that much you could do in the world of atoms. And it turned out that we had a lot of slow progress. 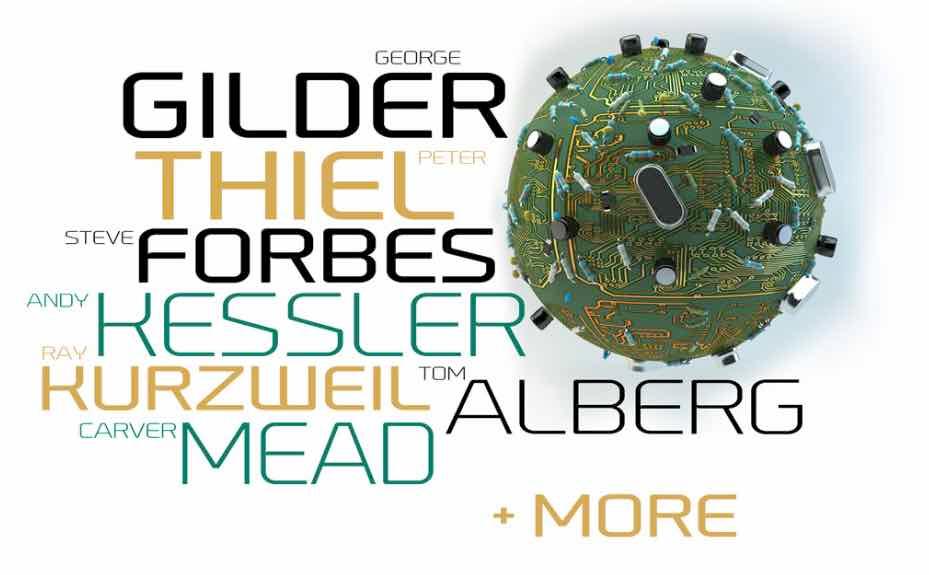 And I think that if we sort of analyze this question of the rate of scientific progress politically, and think of it as university professors, or entrepreneurs, or venture capitalists exaggerating about how much good they're doing, and how great they are, we understand that the incentives are always to exaggerate, and to say that we're just around the corner from curing cancer. We're around the corner in all these different things. And yet, it's been in some significant ways slower over the last 40 or 50 years.

Certainly, one of the concerns I would have is that perhaps the danger is, that if anything, that its things are slowing down even more at this point. And that the world of very fast progress in bits is actually starting to slow down. And if we look at the rate of progress in Silicon Valley, and that it was sort of charismatic in this. It was the one place where things were still happening relative to the rest of the U.S., And it's become a lot less charismatic in the last five years. If you think about the vibe even as recently as 2014, it was sort of; this was the place where the future was being built. In 2019 the big tech companies are probably as self-hating, in some ways, as the big banks were in 2009. And there's a sense that it's not quite working.

And so if you begin to pick on Google a little bit here. The Google propaganda of the future was, of course, it was all going to be bits. It was all going to be more automation. And the story in 2014 with things like Google glasses, you could identify anybody you looked at, at any time. It was a self-driving car. These things aren't that big a step of innovation. [inaudible 00:03:34] self-driving vehicles are a step from a car, but not as big as a car was from a horse. 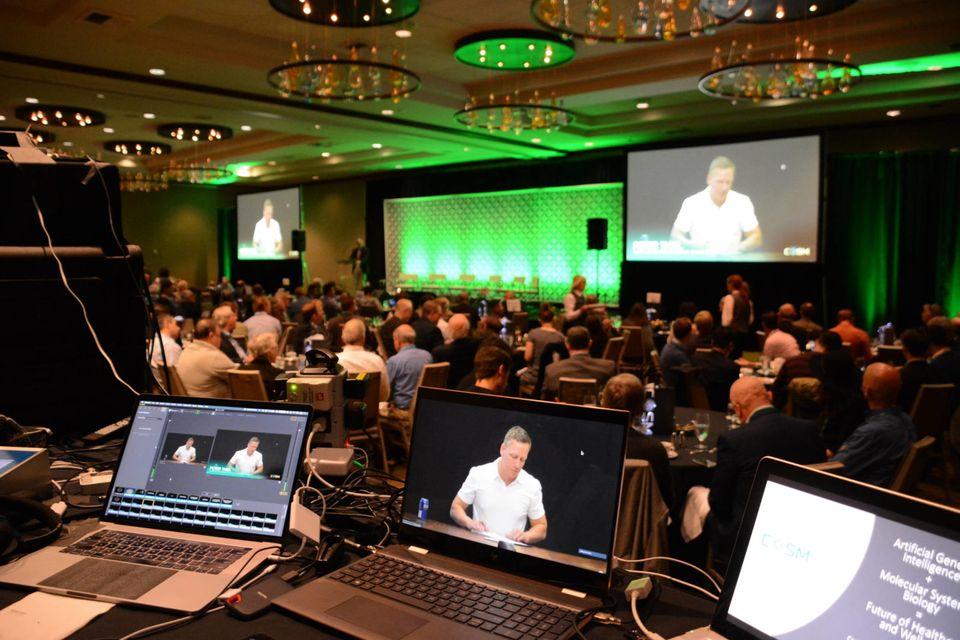 So we can sort of debate quite how big these things are, and how to quantify them again. But that was still the narrative that was very intact in 2014. And when you fast forward to 2019, it's striking how there's absolutely no narrative of the future left. Google doesn't even talk about self-driving cars very much. There's a sense that it may still happen, but it's further in the future. The expected time seems to be getting further away every passing year. It's expected time is getting even further into the future. And so there's sort of a sense that perhaps there's this danger that we have slowed progress even in tech, even in the world of information technology.

One of the ways this stagnation thesis was embedded in the language is the word technology, of course, had a very different meaning. In the 1960s, technology meant not just computers, but also rockets, supersonic aviation, and underwater cities, and the green revolution, agriculture and biotechnology, and new medicines, and all of these things. Because all these things were progressing on many fronts, and today, if you use the word technology, it is often synonymous with information technology, and probably just the software, internet part of that. Because that's the only part that has been progressing in recent decades, and the danger is that even that has slowed down a lot.

Silicon Valley's consolidated into some larger companies. It's gotten harder for new companies to breakthrough. And it's gotten harder because new companies, or small companies, are good at doing new things. And people are doing fewer new things than big companies are more dominant. So I think the second cut on the Life After Google book, in these terms, is always what I think is the sort of Gilder's always super optimistic. But there is a small undercurrent of pessimism to the book. And the undercurrent is an inspector that haunts Life After Google, is that maybe this current regime is going to go on for a really long time.

And, you know, there was life after television, but life after Google may take time, It will happen eventually, but it may take a little bit longer than we expect. And that there is a danger that we're in this somewhat slowed somewhat stagnant world. So that's a second idea that I think we need to always grapple with a lot, that maybe we're in this world of tech stagnation.

The third contrarian idea I will give you is qualification on my first two ideas. Because I that eventually, the pendulum's going to swing back to decentralization. The second one is yes, it's swinging back, but it's just going to be slow because everything is slowed, and we're in this world of stagnation. But a qualifier to both the back to decentralization and the stagnation idea is that, at the end of the day, technology is about people. It's not about inanimate forces. It's not some Marxist historicism about the way things are inevitably going to happen.

And so the stress is always on individuals, small teams that start companies that start new projects, that do new things. And it's a question of human agency. It's not deterministic. We have every possibility to do these things, but at the end of the day, it is up to us to make it happen. And it's not set in stone that it's going to happen one way or another.

And so in conclusion, I think one other gloss on Life After Google is that perhaps you should think of the title as with life being italicized, or stressed, or put in bold. And that the critical thing is, there is life. Life goes on. And in particular human life, humanity goes on. And that even though the dominant narrative is that tech is about inanimate forces or Marxist historicism, it really is, at its core, about human beings. If we have to bet on it, we should always bet on the indomitability of the human spirit. Maybe leave it at that and open it to some questions, more of a conversation. Thank you.