Get Started
Introduction to ArcBlock Blocklet

Blocklets are reusable building blocks to help developers and community users to build things on ArcBlock platform. On its simplest level, Blocklets are ready-made components and modules, libraries, front-end views, and more that make it very simple to start building a dApp. Simply pick the Blocklet you need to start and install it instantly to get yourself up and running. One of the key features of Blocklets is that it is very easy to combine multiple blocklets to build a more complex application or dApp. 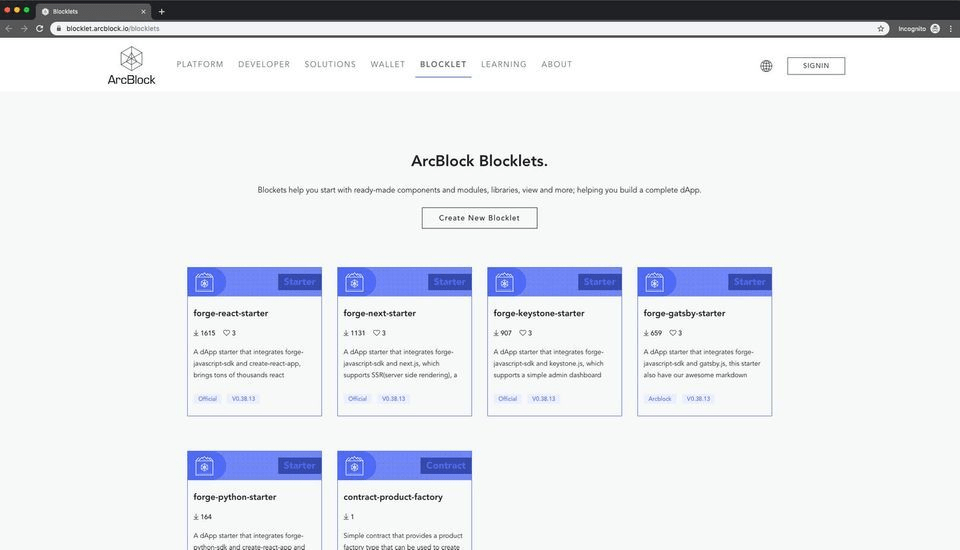 Blocklets come in different packages depending on their use case including, but not limited, to the following:

Blocklets will come in 3 flavors to start - official, partner and community versions. 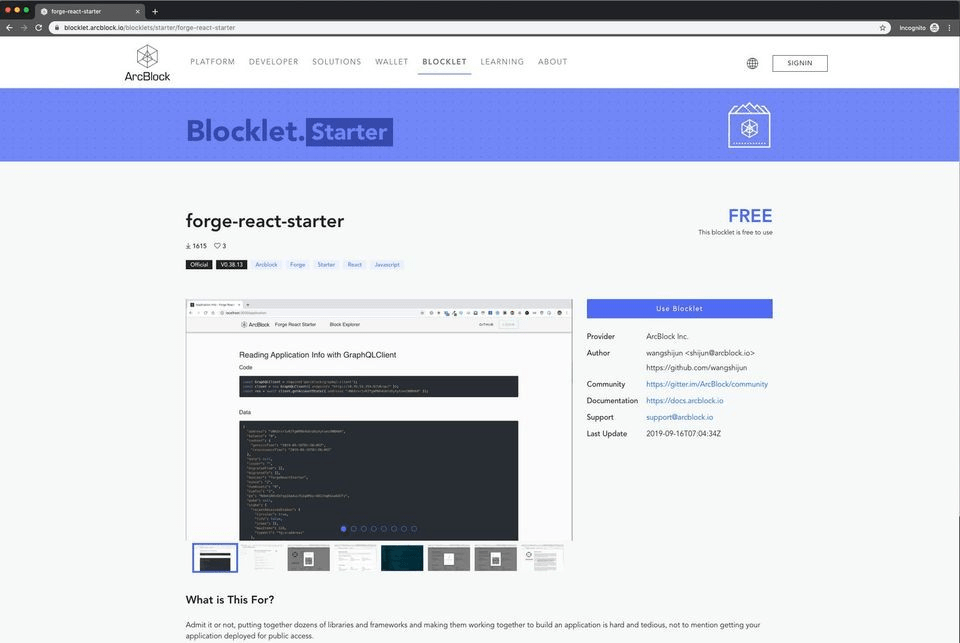 To help developers to find usable blocklets more easily, all blocklets built by ArcBlock and community developers are listed on blocklet.arcblock.io, which is a website built from ArcBlock/blocklets, users can search and view listed blocklets and use the blocklet with just one command, this website is called the blocklet registry.

How do define a blocklet?

There are several key piece of information to make a blocklet:

This is the key file when defining a blocklet, may contain the following fields:

The logo of the blocklet, can be any valid image, png recommended, will be displayed on blocklet detail page, should be a 200px x 200px transparent image.

The screenshots folder should contain several images of what's the output of the blocklet so that users can easily grasp the idea behind the blocklet.

Including scripts that run during the process.

To avoid duplicate fields defined in package.json, some fields can be omitted from blocklet.json, and the build process is smart enough to merge those fields together.

How to create a blocklet?

How to publish a blocklet?