ArcBlock is holding a BUIDL the Future Blockchain Odyssey live event in Shanghai. The event will showcase the latest blockchain platform updates, partner projects and giving attendees early access to several first of their kind developer tools and services that will change how developers build dApps and users interact with their digital worlds. 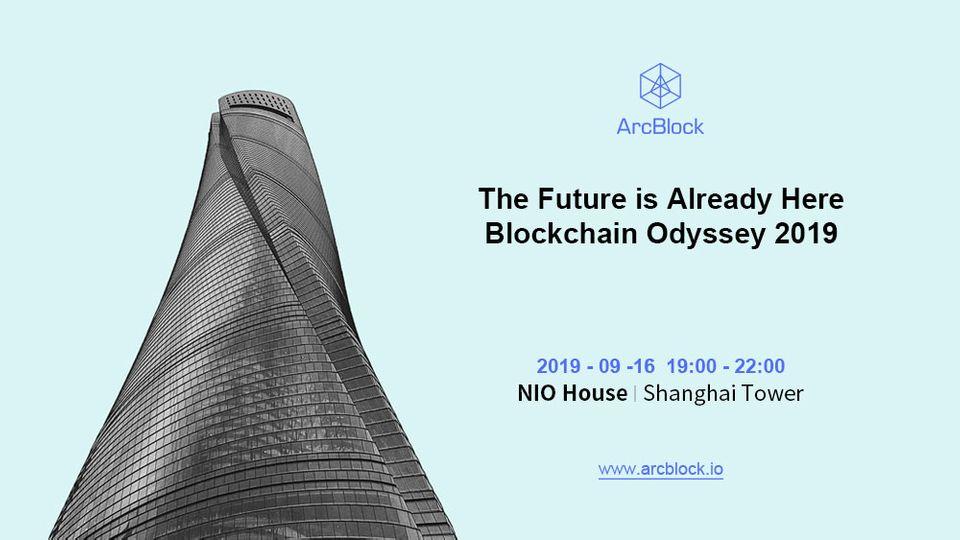 ArcBlock, a leading blockchain platform, and 3.0 ecosystem will be hosting a live Blockchain Odyssey event titled “BUIDL for the Future” at the Shanghai Tower on September 16th in downtown Shanghai, China. Invited guests, community members, and developers will see the future of blockchain and why ArcBlock’s vision for the future includes a blockchain for everyone, decentralized identity, and more. Every attendee will receive a limited edition Modern Blockchain Playbook to the future and will learn about ArcBlock’s latest platform innovations using automation to make building custom blockchains and decentralized applications automatic.

ArcBlock’s BUIDL for the Future event will include real-time demonstrations, walkthroughs and partner discussions that will include the following:

“ArcBlock is revolutionizing how developers and business’ will use blockchain in the future by enabling next-generation decentralized applications to be built using a single command, creating new types of economic systems and marketplaces, as well as creating a new system to give everyone the basic building blocks to create and run a new dApp in minutes,” said Robert Mao, CEO of ArcBlock. “Our partners and ecosystem are diverse and understand where the future of blockchain is headed. It is no longer about building a chain, it’s about putting the blockchain to work for every user and giving them control of their digital selves. In the future, everyone of us will BUIDL our own future and have complete control over it.”

During September, ArcBlock will also be speaking on industry panels and attending events across the United States and across Asia in support of the Blockchain Odyssey tour. On September 18th, ArcBlock will be in Silicon Valley to be a part of an industry-leading panel discussing interoperability and scalability, as well as showcasing the latest developer platform updates to attendees. VP of Engineering, Tye Chen will be leading a discussion on developers in the blockchain industry during TF Blockchains upcoming events in Seattle, WA. ArcBlock’s UX and Engineering team will also host several Women in Blockchain events discussing the development platform for engineers and looking at how ArcBlock is solving real-world challenges through industry-leading design.