By partnering with Azure, ArcBlock is expanding the availability of its industry-leading development framework that utilizes a microservices architecture that enables it to run on any cloud and supports a wide range of use cases including production-ready applications. ArcBlock recently announced the availability of the ArcBlock platform on Amazon Web Services Partner Network and joined the Microsoft for Startups program giving developers increased access to the ArcBlock blockchain developer framework and blockchain consulting services.

“From day one, ArcBlock’s been working to give developers the tools, platform and ecosystem needed to build successful outcomes using blockchain. No more lock-in, no more complicated languages, our users have the ability to code, manage and deploy DApps using public and private blockchains easily,” said Jean Chen, VP at ArcBlock. “Our users have a unified, developer-ready, scalable solution that does all the work for them. With Azure operated by 21Vianet in China, we have a critical component to deliver the experiences our users want.”

ArcBlock believes that to be successful, developers need a platform with the tools to build and deploy decentralized applications including the ability to develop applications in a unified way regardless of the blockchain technology. ArcBlock is focused on removing many of today’s barriers that are preventing mass adoption of blockchain applications. ArcBlock is easy-to-use, delivers a premium user experience that gives every developer a unified, high-performance framework letting developers use their language of choice with flexible SDKs, desktop and mobile experiences, a comprehensive set of pre-built blockchain tools and an easy to use browser-based experience that lets developers do what they do best. 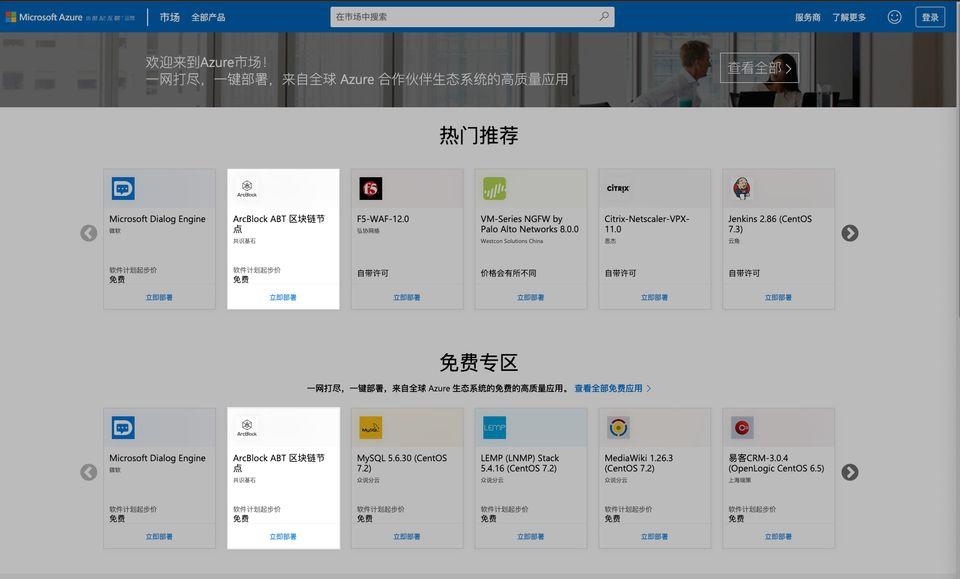