In an era where blockchain is being adopted by every industry, for every purpose, a new blockchain framework makes it easier for developers to build and run decentralized applications. 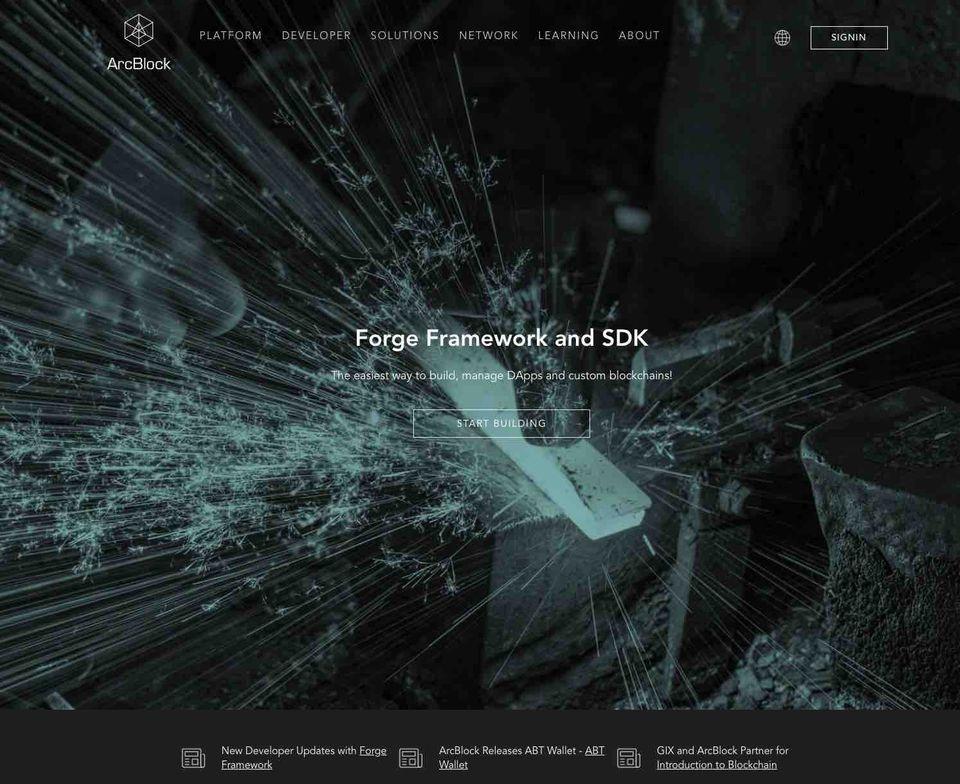 Forge Framework and Forge SDK are some of the most powerful DApp development services available today. It provides a set of platform services and tools that give developers the ability to build, deploy and manage blockchain applications in the easiest way possible. This includes a development framework, cloud and blockchain node software, a decentralized identity wallet, interconnected blockchain network and a range of developer tools to allow developers to easily build, test and manage their DApps including the recently launched Forge Simulator and Forge Node Upgrade.

Forge Framework removes many of today’s limitations that existing blockchain development platforms have including ease of use, scalability, and interoperability. ArcBlock believes that developing software shouldn’t be complicated, and with its Forge SDK, the company enables developers to focus on what they do best — write code — and Forge will do the rest.

“With Forge, you can easily build your own custom blockchains, or use data from leading public chains. Forge is playing a key role helping developers build a decentralized world by creating an easy-to-use experience that gives them the building blocks to create their blockchains without the complexity,” explains Tyr Chen, ArcBlock Vice President of Engineering.

With the launch of Forge SDK, developers can now build custom blockchains and deploy DApps by themselves, without the need for complicated technology or expensive specialized services. They can opt to use one of the many development languages supported by the platform including Python, Java, Javascript, Node.js, Android and more. Pre-built components and documentations are also readily available.

The Forge Framework allows developers to test their applications with users on their own test chains. Once done, they can join the interconnected ABT Network to easily offer their DApps to the world. ArcBlock’s own ABT Network is a scalable and flexible network and is the perfect launchpad for DApps. Developers will be able to access all resources available on the network as well as receive support from the community. Forge-built blockchains and DApps on the network are automatically “cross-chain” capable and are interoperable with other applications on the ABT network, as well as other leading public networks like Bitcoin and Ethereum via the Open Chain Access Protocol (OCAP).

“Developers and businesses can get all the benefits of blockchain technologies, but without the restrictions and limitations of existing platforms and tools. It’s highly scalable, flexible and provides the necessary components to have it work right out of the box.”

ArcBlock’s mission is to make blockchain technologies a part of everyday life by making it easily accessible and useful. Through Forge Framework and Forge SDK, the company is able to make this possible. The service is now being used by a significant number of clients to design, build and run their decentralized apps, including the issuance of licenses, IP protection, and identity management. 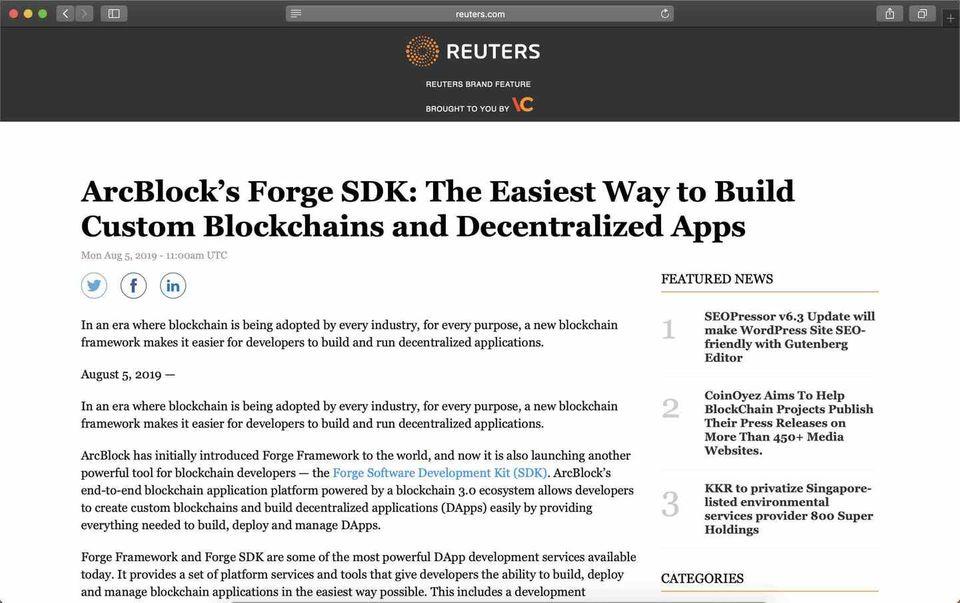