How to Start using the latest version of Forge Framework

Over the last several months, ArcBlock has continued to build new developer features to make building custom blockchains and DApps easy. To try some of the most recent upates you can get started withForge CLI。

For this article, here is the latest version of Forge：

So, how do you get the latest version of Forge?

If you are a developer, we recommend you start with Forge CLI to download or update to the latest version. You can start with the following:

If you have used Forge before and successfully launched the test chain locally, you will need to do a bit of cleanup first. The new version of Forge cannot be started based on the Chain State generated by an old version of Forge. It is important to note that this isn't that Forge is incompatible with older versions, but that any changes to the blockchain data state need to be based on transactions, which means that Forge actually supports upgrading from a lower version of the chain that has been running for a while. We will provide further explanation below after the upgrade process.

So how do we clean up a chain that was originally started with an older version of Forge?

Now, we are ready to install the latest version of Forge：

When executing forge install, if you don't add the --silent parameter, Forge CLI will ask you if you need to customize the configuration of the local chain. You can modify the name of the chain, the information of the currency, etc. as needed. There will also be separate articles to explain.

You should have a new test chain started with the latest version of Forge.

What are some of the latest features?

Forge has a built-in dashboard and block explorer so you can intuitively explore what's new in the latest version of Forge.

Next, the browser will open for you: http://localhost:8210, this is the control panel page for the node, and the pages with the new features are:

To view the interface, go to address, the new version integrates a powerful graphiql-explorer, and developers can build powerful queries in just a few clicks. 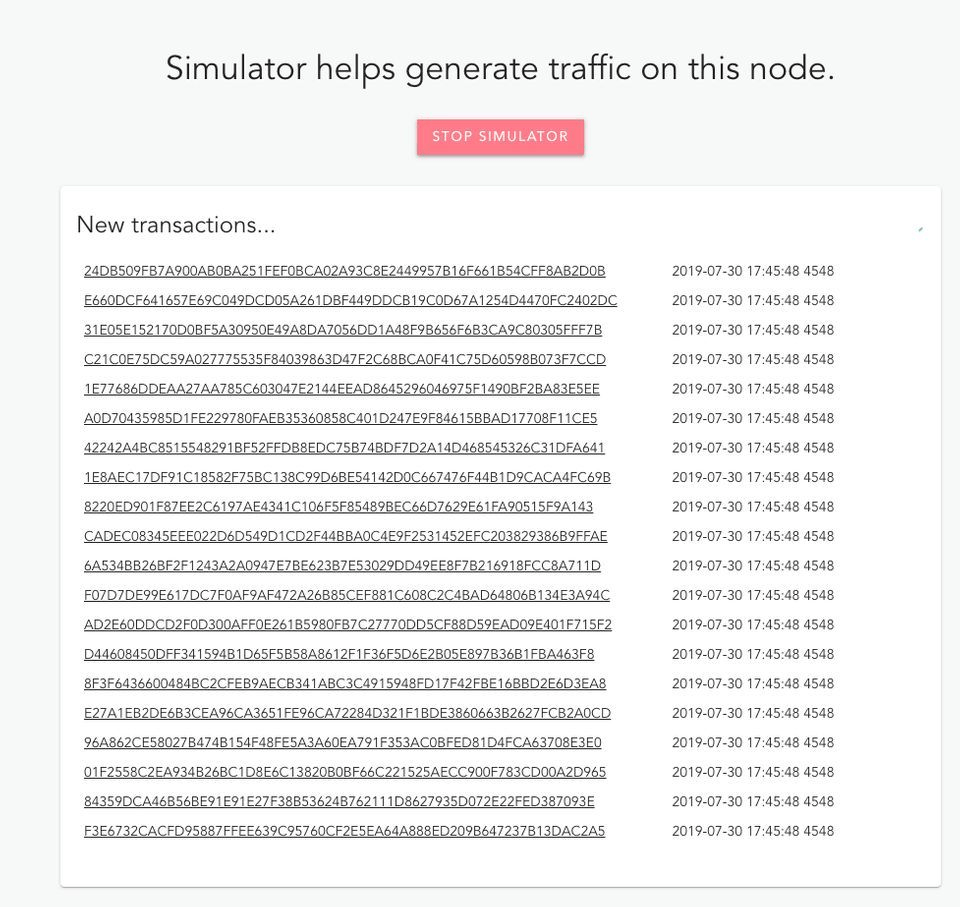 Transaction Protocol is the smart contract in Forge.

List Page shows you all the Transaction Protocol information installed on each current node: 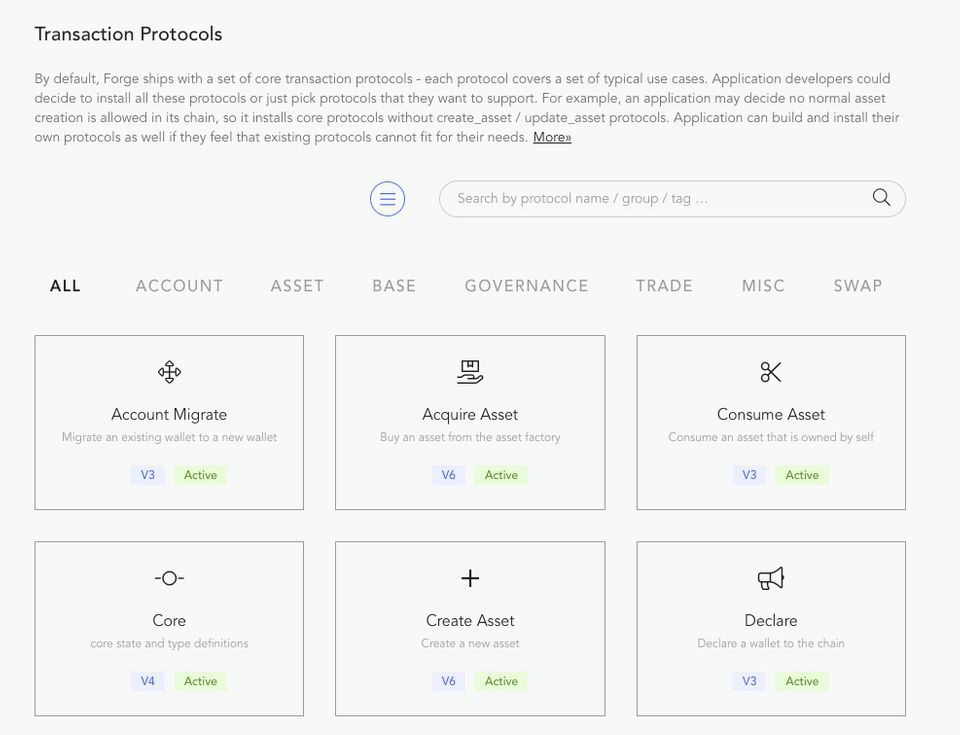 Details page shows the details of a Transaction Protocol, such as his processing pipeline, chain data validation, and update logic. 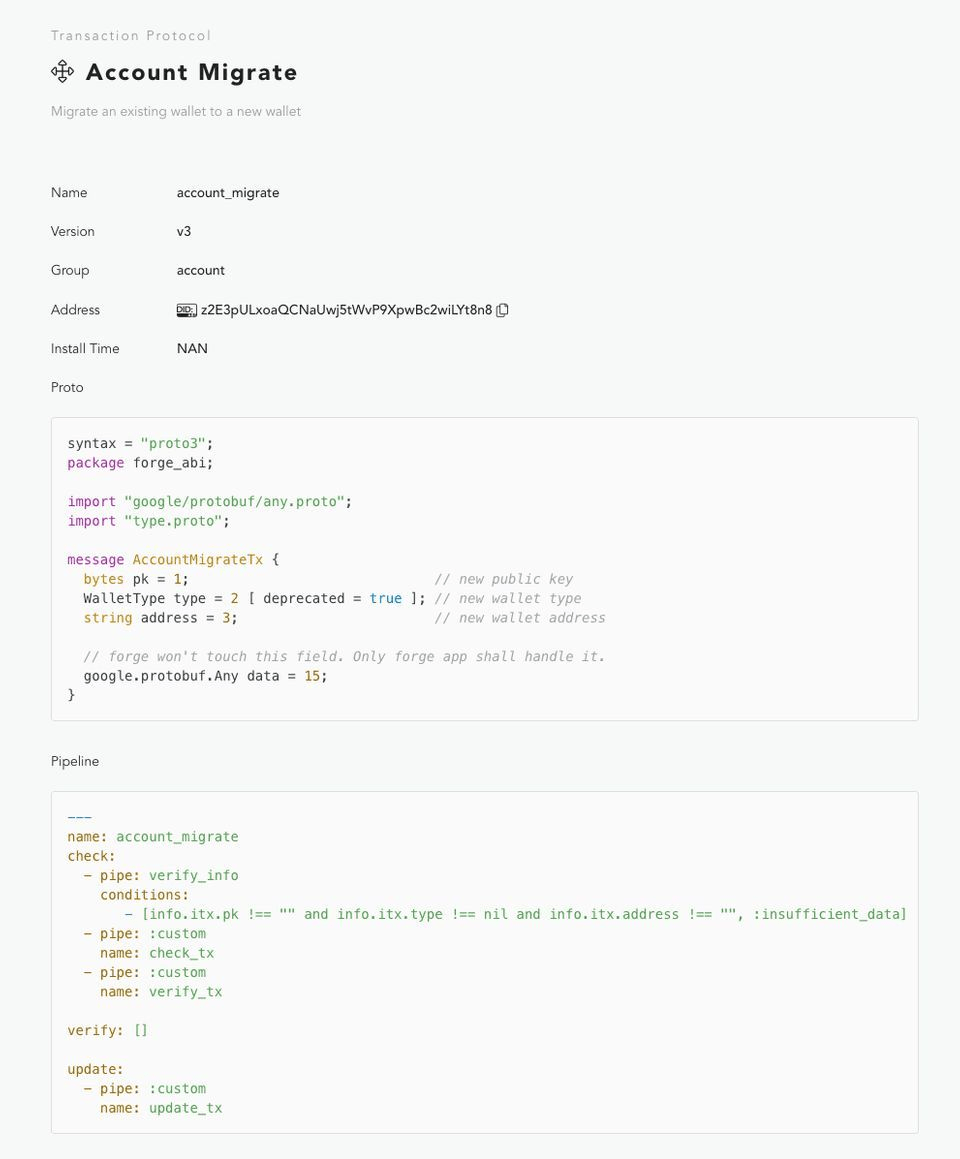 Since the release of Forge there have been a lot of detail optimizations and improvements based on developer feedback. We are working continually update Forge to make building custom blockchains and DApps easy for developers including adding new tools for testing, development and ongoing management.

If you encounter any problems while getting and using the latest version of Forge, please visit the Forge CLI's Official Repository and let us know.