Get Started
What is the Trend of Decentralized Applications inspired by the Evolution of Apple Products?

What is the Trend of Decentralized Applications inspired by the Evolution of Apple Products?

Did you see Apple’s streaming event yesterday? If you missed it Apple held a new product launch event on March 25th where they showcased everything from Oprah, Steven Spielberg to new subscription services and apps. The latest Apple News+service caught people's attention and this is a brand new news subscription service being launched by Apple. If a user subscribes to the service they can access more than 300 quality magazines for $9.99 a month including well-known publications such as Time, National Geographic, Rolling Stone, Vanity Fair, and Sports Illustrated. The most interesting thing is that Apple promised that the company will never know what you read even if it uses artificial intelligence to recommend content that interests you, and will never allow publishers or advertisers to track you. Sounds familiar?

If I say that Apple is the company who realized the idea of "Decentralized Applications (DApps)" most in the world when building applications, some blockchain fundamentalists might think I am crazy or suspect that I've lost my mind. Take Apple News+ mentioned above for example, doesn’t it appear that Apple is more centralized by decentralizing the applications on its platform?

Yes, so far, Apple has the only center in its current product designs: Apple itself. Interestingly though, many of Apple's iOS app designs reflect an in-depth understanding of DApps by Apple designers becoming more vertical, specialized and be built by the whole industrial chains. For anyone who has been attending our recently Technical Learning Series on Designing DApps, you would immediately see that these Apple apps are aligned with ArcBlock's five winning factors for decentralized applications. As an example, no one likes to downloaded ten news applications, ten message applications, ten TV applications, or ten wallet applications on one mobile phone. As users, we want to choose the one that aligns with our preferred usage. For example, it’s likely I will signup for Apple News+ app because I want the best and most comprehensive news applications in the market to see content that I am interested in and have more choices than anything currently in the market. More importantly, the premise behind ArcBlock’s successful DApps is putting the ownership of the data back into the users' hands. The fact that Apple won’t track or share my data is one big step towards a successful DApp.

Let's take a look at some of Apple's other apps, and review how the world's largest IT giant is slowly moving toward decentralization on its own. 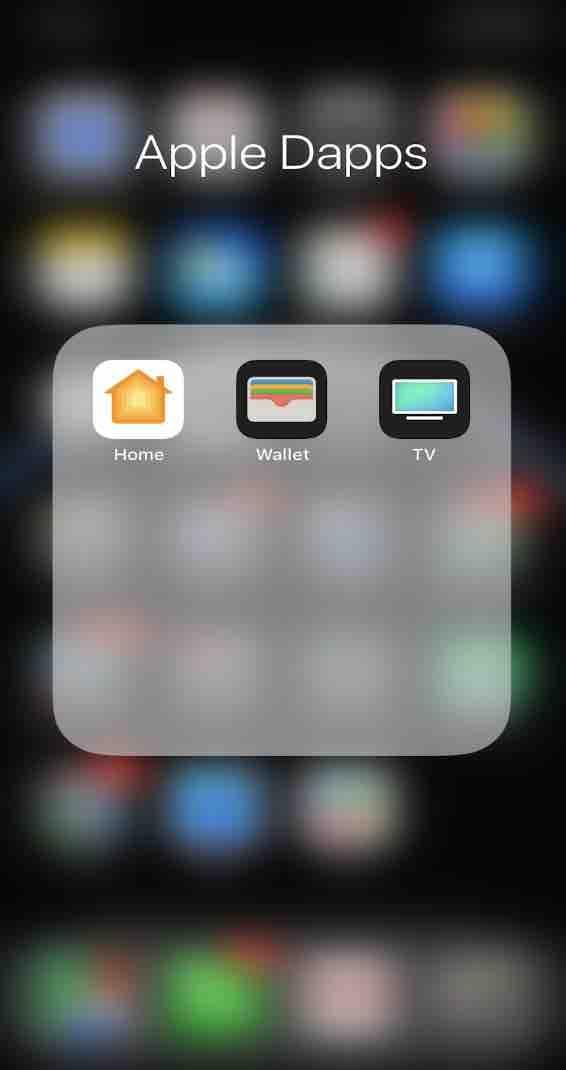 For long-time users, Apple Wallet evolved from the original Passbook. The wallet looks like a virtual card holder, but in fact, Apple's wallet integrates easily with a series of bank cards, membership cards, airline applications, and other services. The Apple Wallet also provides a standard PassKit development framework enabling any third-party app to easily integrate Apple Pay into their application, and putting the content that can be presented in the form of cards in the application into the Wallet.

For credit cards, the Apple Wallet is now integrated closely with Apple Pay. But for other types of cards like membership or rewards cards, the design is decentralized and anyone else can put their cards in it if follow the PassKit protocol. A critical factor in this is that those cards are owned and maintained by the owner of the device. There isn’t any data or usage that is shared back to the provider. When ArcBlock designs our own ABT Wallet, we launched the Open Wallet Protocol, which is based on the idea of decentralization and makes the wallet products completely decentralized and 100% owned by the user. The idea is very close to the design of Apple Wallet.

TV Apple quietly launched is an app that integrates all kinds of different iOS TV and movie-related applications that can play video, including iTunes as well as NetFlix, AmazonPrime, Tubi, Fox News, and more. You can search for programs of other video services and start playing immediately on TV: if it is Apple's video, TV can play it directly; otherwise, TV can open the specific App to play it quickly or guide you download the App if you haven't.

If you think about it, the current version of Apple's TV App is more like a directory and content search tool. Users are still required to use other Apps when playing, and those Apps still need users to register or purchase additional memberships when first using the app. The media playback framework provided by Apple at the iOS system level is the basis of any iOS media player. Whether live streaming media or playing files, most of the media Apps on iOS benefit from the complete media framework provided by Apple. The developers need to design and develop only the interface, landing and so on. But in the TV App, Apple only allows its video to be played directly for the obvious reason that is irrelevant to technology.

One of the important directions among our explore for blockchain mass adoption is the production and circulation of content updated by blockchain and tokenization, which offer users a lot of values. The difficulty for now is not really a technical problem, but a commercial one. Many organizations and businesses want to maintain control even at the expense of users and their personal data. ArcBlock’s platform can can already provide the tools and framework to build these types of services, but whether it can be put into practice depends on willing the third party services are to put it into practice. Today, many feel that decentralization is good for users but bad for business. But looking at Apple, I think they are actually showing others that not only can they do it, but that it is good for business.

Today, many of us are already using smart devices in our homes and as you probably already know users are required to download various smart home apps to connect to those devices and set them up. I myself have at least 7 different apps that are needed to run my different smart devices.

Above is an App grouping for a smart home on my iPhone. There are different apps like lights, wall plug-ins, air conditioners, door locks and so on. Are they inconvenient? Yes, absolutely. Will Apple succeed at unifying these different services and apps into the Apple Home app? Yes, but it will undoubtedly encounter a lot of resistance in trying to unify all of these because every smart home manufacturer wan to garner user data that can financially benefit their business through its own app.

Today, the Apple Home App is trying to build an application hub to support any smart home-related app. Any application that follows Apple’s protocol can have a place in the Home app. For example, Xiaomi has some great smart home hardware products, but they do not support Apple Home. However, there is an open source implementation online that enables a user to add Xiaomi devices to Apple Home with a $10 Raspberry Pi. While this workaround does require some effort it also shows that the design of Home App is relatively decentralized, and any product supporting the protocol is able to be hosted in Home without approval from Apple.

The combination of blockchain and smart home products is very natural and can meet the needs of users. Shortly, with the help of blockchain technology and token service, smart home devices will become faster, more convenient and safer. More importantly, it creates more business opportunities and innovations that end up benefitting the user. But irst of all, smart home device manufacturers need to reevaluate their approach and thinking to today’s users. The next step that needs to occur is that these manufacturers need to stop looking at users and their data as "capital," but embrace the idea of decentralization and develop a business model based on serving users and giving them value. 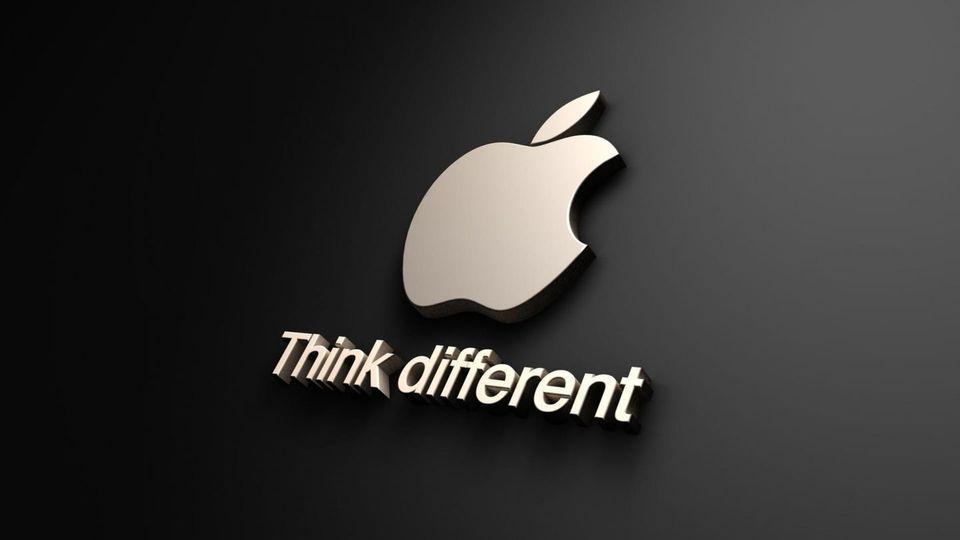 Will Apple become more and more decentralized when using blockchain technology to transform its ecosystem and platforms in the future? We have no answer to it by far, but they seem to be moving in the right direction. I believe the right and logical steps to take are to let users control their identity, data, and assets independently, be able to migrate their data and assets without restriction and/or switch the application services they want to consume smoothly. Today, the decentralized web is no longer a concept, but something that is being considered seriously by users, businesses and developers. After seeing hack after hack occur where the users were powerless to control their own data, and companies frequently bypass restrictions and limitations that users have asked for, Apple is taking small steps from the product design level to give users more control and encourage the innovators to go forward in this right direction.