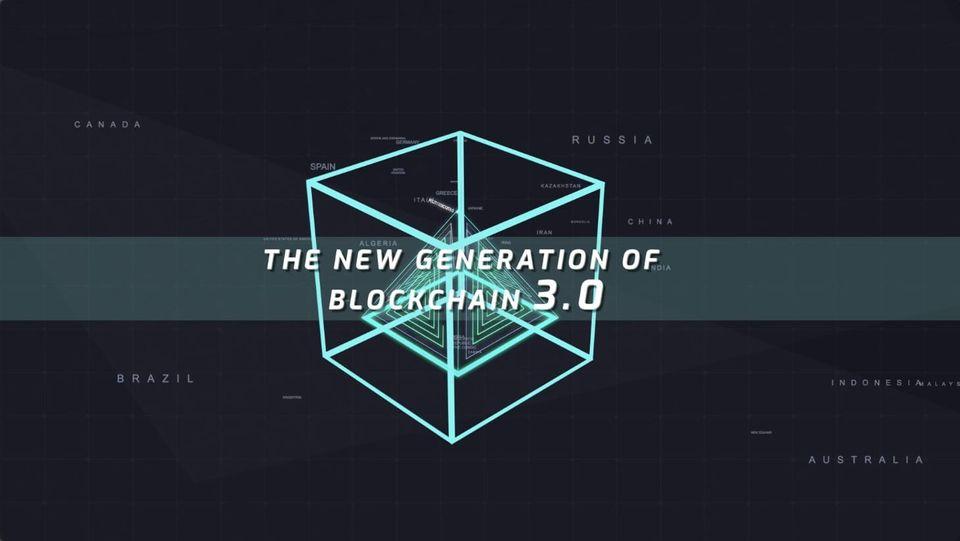 A well-known French Media called “Journal du Net” recently published an interview with ArcBlock’s chief scientist Flavien Charlon. Reporter, Antoine Crochet-Damais who was also the author of this article, asserted that ArcBlock was playing the similar role as Docker, a company which profoundly contributed to cloud computing in the blockchain industry. In the article, he also showed his honor and pride with Flavien, an outstanding scientist who roles as a startup partner in the leading field of blockchain.

Nowadays, the main limitation on blockchain technology is that developers only have one option to create apps. They have to select one specific public or private chain before kicking off the project. However, the American startup company ArcBlock of 2017 has been trying to overcome this obstacle. It created a solution to standardize the middleware execution layer for blockchain applications, which helps the blockchain network infrastructure run smoothly while regardless of the underlying layer. Ethereum and Hyperledger are the first two blocks to be prioritized access before bitcoin, in order to support blockchain application development. ArcBlock plans to play the similar role as Docker, a company which profoundly contributed to cloud computing, in the blockchain industry.

WIth this regard, This new company has just completed a cryptocurrency crowdfunding (ICO) equivalent to $35 million. ArcBlock plans to recruit about 60 employees and open three branches in Shanghai,Seattle and Dublin.

ArcBlock was founded by two former Microsoft engineers: Robert Mao (Chinese) and Flavien Charlon(French). Robert pioneered the conceptual framework of ArcBlock and serves as CEO of the company. Flavien’s the leader of the company’s Chief Scientist, just like French Solomon Hykes at Docker.

“Robert Mao was looking for a Right-hand man to help him manage the technical aspects. I started some blockchain-based attempts after working at the Microsoft Development Center in Ireland. Then, he suggested me to join his new adventure of blockchain in mid-2016 “ recalls Flavien Charlon. Flavien graduated from the Central Polytechnic in Lyon with a reputation for developing open asset agreements which is an open source agreement that links third-party assets to Bitcoin networks (stocks, bonds, commodities, etc). 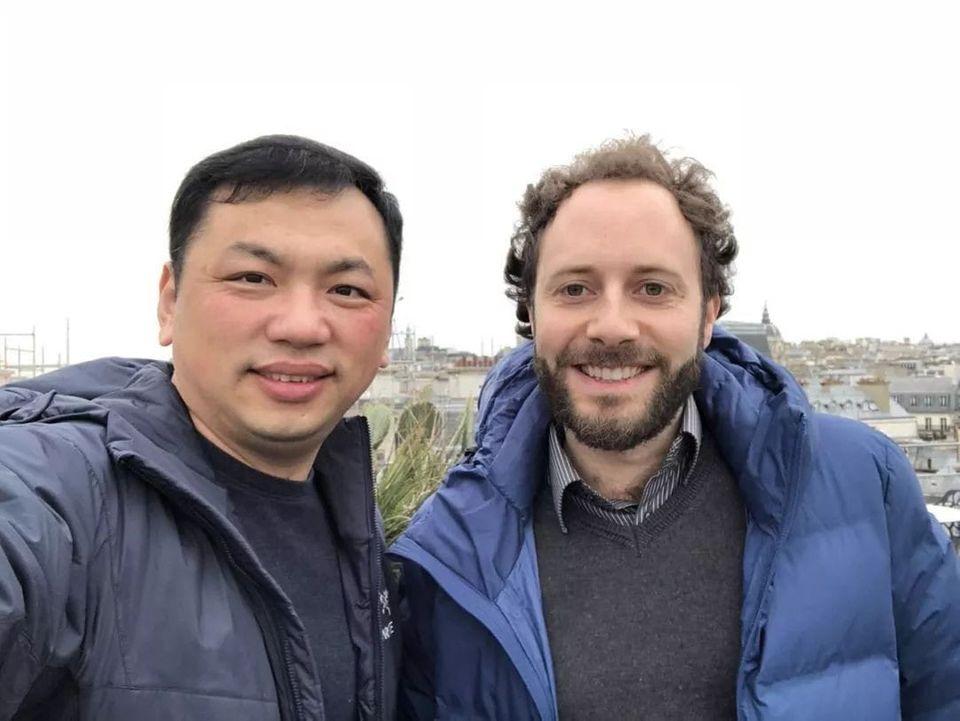 “We will focus on building up the first user-oriented ecosystem for a ‘siphon effect’ In the near future.”

At present, the solution based on “Blocklet” which proposed by ArcBlock is still under development. “This is a software container hosting applications which integrates with any target blockchain through a protocol called ‘Open Chain Access Protocol’,” said Flavien Charlon. ArcBlock will open source code and release open-chain access protocols in September. “In order to promote the application, we plan to cooperate with technical standardization organizations such as the W3C Alliance or the Hyperledger Project,” he added.

The hosting problem of the cornerstone program can be supported on the main cloud computing service platform, Amazon AWS and Microsoft Azure cloud platform will be at the first class.

ArcBlock hasn’t defined the cornerstone programming exactly yet. “They can rely on Docker type containers or lightweight virtual machines, but they will be subject to more functional restrictions to ensure that they are implemented correctly in the second case,” said Flavien Charlon. In addition to these architectural choices, ArcBlock hopes to create an infrastructure that would support any type of code (and language) eventually, including existing components (for example, programs written in JavaScript).

At the same time, ArcBlock will design a platform which combines with the development environment and toolkit to facilitate the creation of blockchain applications until it is fully deployed in its common framework. “We hope that companies can use the blockchain without having to fully understand this technology through this platform,” said Flavien Charlon, “Electronic Commerce, Content Distribution, Internet of Things, Sales of IT Resources…These created applications will cover all kinds of areas.” We will establish an online trading market to monetize it in the form of tokens after the design is finalized.

ArcBlock’s economic model hasn’t been clearly defined yet, but it is likely to take the path to commercialization of the platform (as Docker introduced Docker Enterprise). “We will focus on pioneering the user ecosystem to create a ‘siphon effect’ and the business model would also be improved in the near future,” concludes Flavien Charlon.

Journal du Net: A professional website that made up with elites, founded by the Benchmark Group in 1999. There are more than 30 editors currently. According to Médiamétrie/NetRatings, the site has attracted 3 million visitors in April 2012. The Benchmark Group also includes the most popular French portal,Internaute Magazine, and #1 women’s online magazine, Journal des Femmes. 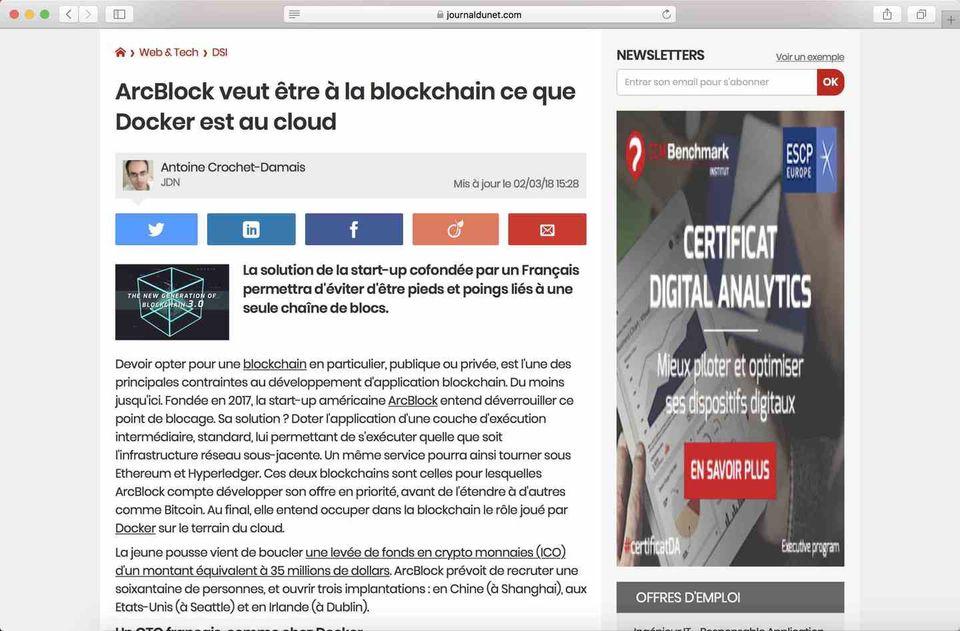